Further to today’s news that a young white-tailed eagle has been found illegally poisoned on a grouse moor in the Cairngorms National Park (see here), the RSPB has responded.

Head of Investigations Ian Thomson has written a blog – see here – where he talks about the long history of raptor persecution on grouse moors in this part of the National Park as well as providing a few more details of this young eagle’s life before he was killed.

The RSPB has also published a video:

There’s still much more to say about this latest crime….more soon.

In the meantime, if you’re as infuriated as we are, please consider emailing the First Minister (Nicola Sturgeon) and her Environment Cabinet Secretary (Roseanna Cunningham) to express your strength of feeling that this filthy criminality has been allowed to continue for far too long. The Scottish Government has known about it for years, they know where it goes on and know why it goes on, and yet still, here we are again.

You don’t need to be resident in Scotland to email these politicians. In fact, the more correspondence from outside of Scotland, all the better to demonstrate the extent of the country’s embarrassing reputation. Please be polite.

To email Nicola Sturgeon, please use this address: firstminister@gov.scot

To email Roseanna Cunningham, please use this address: CabSecECCLR@gov.scot 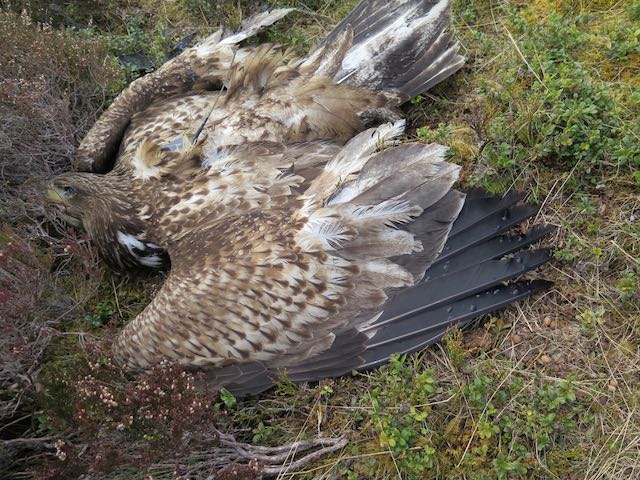