Henry went for a skydance across the lawns of Holkham Hall in north Norfolk.

This place is home to Viscount Coke, Vice Chairman of the Board of Trustees of that well-known raptor-loving organisation Songbird Survival.

In 2000, a Holkham Estate gamekeeper was prosecuted for 17 offences including the shooting of two kestrels and the poisoning of a third. He kept his job on the estate. Case write-up here.

In 2009, a dead buzzard was found at Holkham. It had been shot. The Holkham Estate put up a £500 reward for information leading to a conviction, as did the RSPB. Nobody was ever prosecuted.

Henry didn’t see any female hen harriers during his visit but he did watch a buzzard and three red kites. One kite had what some would call the ‘Malta Moult’ – a large hole blown through the feathers of one wing.

Henry thought it was time to get out of Norfolk but not before he called in for tea and cake with the legendary Richard Porter, author of the 1974 classic Flight Identification of European Raptors. More recently, Richard’s studies on the local buzzard population helped to convict Stody Estate gamekeeper Allen Lambert. Lambert had claimed that the ten poisoned buzzards found on the Stody Estate had been killed elsewhere and then ‘dumped’ on his estate in an attempt to set him up. His defence was to claim that they couldn’t possibly have been poisoned at Stody because there weren’t that many local buzzards to start with. He hadn’t banked on the evidence of one of the world’s leading raptor ID experts, who had recorded 233 buzzard sightings and had counted 73 pairs. Oops. 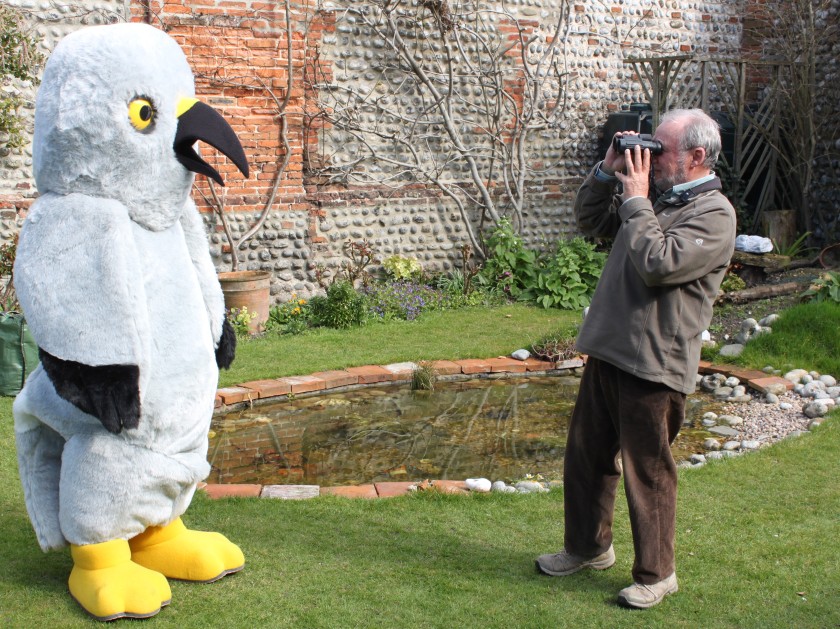