The controversial practice of mass killing of mountain hares may finally end thanks to a proposal from Scottish Green MSP Alison Johnstone, who has lodged an amendment to the Animals and Wildlife Bill. The amendment would make mountain hares a protected species, effectively ending recreational killing and mass killing on grouse moors.

[Shot mountain hares strung up in a chilling larder, screen-grabbed from a controversial feature on Countryfile (2018) showing mountain hares being shot on a Scottish grouse moor] 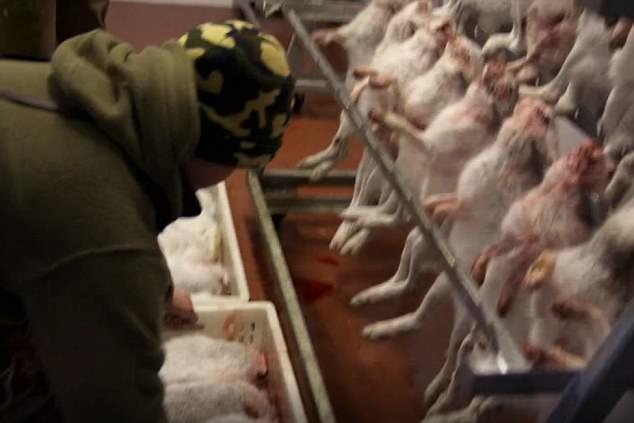 The Lothians MSP has a proposed member’s bill to end the killing of the iconic animal but will seek to introduce the protections sooner in stage 3 of the Animals and Wildlife (Penalties, Protections and Powers) (Scotland) Bill.

Alison Johnstone said: “Mountain hares are iconic animals, native to the Highlands. Yet rather than being treasured they are barely protected by the Scottish Government, and persecution and mass killings are rife. This is our chance to end the killing and protect this species for future generations.

In 2019 the conservation status of the mountain hare was downgraded to ‘unfavourable’ after new data published by the EU revealed populations have experienced a major decline [see here]. This followed shocking evidence of large-scale killing on shooting estates [here] apparently to increase the numbers of grouse available.

Mountain hares are routinely being killed in huge numbers on grouse moors in particular, with an average of 26,000 killed every year. Efforts to get shooting estate managers to practice voluntary restraint has failed.

I hope that the SNP and other parties will ignore special pleading from the shooting lobby and do the right thing next week. Either this amendment passes and mountain hares are protected, or Parliament turns a blind eye to the continued slaughter of a native species”

Stage 3 of the Animals & Wildlife Bill will take place next Wednesday and MSPs will vote on Alison Johnstone’s amendment to make the mountain hare a protected species.

If you’d like to encourage your MSP to support this amendment, please contact them now. If you’re not sure who your MSP is, you can find out by typing in your postcode here.