We reached another milestone this weekend, with the blog passing 4 million views.

The last 2 million views have come in the last 22 months.

Thank you to everyone who contributes to this blog, comments on it, and most importantly, shares this work.

Thanks also to our funders at Lush whose financial (and moral) support has been especially important.

Last year when we reached 3 million views we posted a photograph to remind ourselves why we do this. Here it is again. It’s an image of a young golden eagle in the Cairngorms National Park, photographed (by the RSPB) in 2006. It had been illegally poisoned. It epitomises everything in its pitiful, poignant, senselessness. 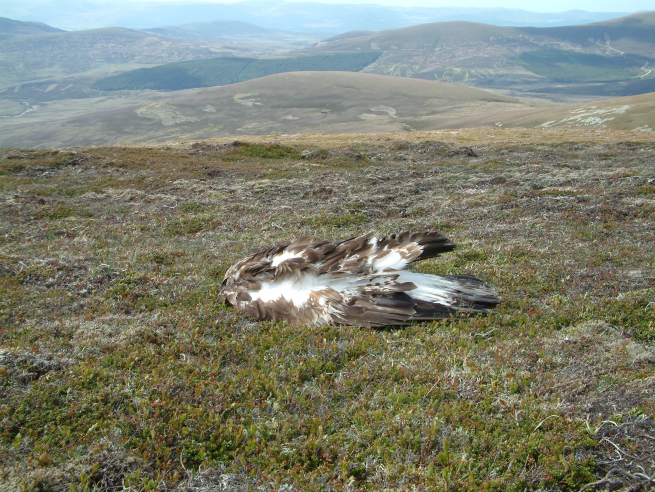 These days we’re less likely to see photographs like this, not because the illegal persecution of golden eagles and other raptors has stopped, but because the methods have changed. There are very few poisonings now because the raptor killers are much more savvy but shooting and trapping has increased because it’s easier to hide the evidence.

Thanks again for your support, let’s keep going.