APPEAL FOR INFORMATION AFTER ANOTHER SATELLITE-TAGGED GOLDEN EAGLE “DISAPPEARS”

RSPB Scotland has today issued an appeal for information following the disappearance of a satellite tagged golden eagle near Strathdon in Aberdeenshire.

The young male eagle was fitted with a transmitter by a licensed raptor study group member, before it fledged from a nest in Deeside in the summer of 2016. Data received from the tag allowed conservationists to study the movements of the bird, known as “338”, as it explored north-east Scotland’s countryside.

As with most young eagles, the bird spent the first few weeks after fledging in the area around its nest, before moving further away as it matured and was more able to fend for itself, spending much of its time on the eastern side of the Cairngorms National Park.

Overnight on Sunday 5th/Monday 6th March, the tag fitted to 338 inexplicably stopped working, having being functioning perfectly up to that point. The bird’s last recorded position was in Glenbuchat just before nightfall on 5th March. No further data has been received.

Ian Thomson, RSPB Scotland’s Head of Investigations said: “As soon as we became aware of this bird’s disappearance, we notified Police Scotland, in line with PAW Scotland protocols, who concurred that the circumstances were suspicious. These tags are very reliable, and the sudden cessation of transmissions strongly suggests the bird has died. Had the bird succumbed to natural causes, we would expect to continue to receive data and to be able to locate and recover the body of the eagle with ease”.

Follow up enquiries on the North Glenbuchat Estate by police officers, assisted by RSPB staff, yielded no sign of the bird.

In 2011, a satellite-tagged golden eagle was found illegally poisoned on the same estate, with a shot short-eared owl and poisoned buzzard also discovered. Another satellite-tagged golden eagle disappeared here in September 2011, with further such tagged birds also vanishing in the same area, in February 2012 and May 2013. In April 2014, the first young white-tailed eagle to fledge from a nest in the east of Scotland in one hundred years also disappeared here.

Ian Thomson continued “The circumstances surrounding the disappearance of eagle 338 are similar to a number of previous cases currently being considered by an independent review of satellite-tagged birds of prey commissioned by the Scottish Government. If this review reveals a geographical pattern to disappearing golden eagles, we will be pressing the Scottish Government for firm action, including the introduction of a licensing system for driven grouse shooting, with sanctions for licence removal from land where there is evidence of illegal practices. In the meantime, we appeal for any information about the disappearance of this bird to contact the police”.

As the RSPB Scotland statement says, eagle 338 is not the first to ‘disappear’ on the North Glenbuchat Estate.

In March 2011 a satellite-tagged eagle (#57319) was found poisoned on North Glenbuchat Estate (toxicology tests confirmed the banned poison Carbofuran had been used). A follow up police search, under warrant, recovered the remains of a short-eared owl under a rock – a post mortem confirmed it had been shot; a poisoned bait (rabbit) laced with Carbofuran; and a poisoned buzzard (Carbofuran). Nobody was prosecuted.

In September 2011 a satellite-tagged eagle (#95065, named Strathy) ‘disappeared‘ on North Glenbuchat Estate. Its tag had been functioning perfectly well before it suddenly and inexplicably stopped.

In February 2012 a satellite-tagged eagle (#57111) ‘disappeared’ on North Glenbuchat Estate. Its tag had been functioning perfectly well before it suddenly and inexplicably stopped.

In May 2013 a satellite-tagged eagle (#84133, named Angus 33) ‘disappeared‘ on North Glenbuchat Estate. Its tag had been functioning perfectly well before it suddenly and inexplicably stopped.

In April 2014 a satellite-tagged white-tailed eagle (White 1) ‘disappeared‘ on North Glenbuchat Estate. Its tag had been functioning perfectly well before it suddenly and inexplicably stopped.

That’s a lot of catastrophic tag failures all in one small area, over a six year period, isn’t it? And it’s patterns like this that the forthcoming raptor satellite tag data review will be exploring. What’s the betting that similar patterns will be seen in other areas in Scotland where the land is managed intensively for driven grouse shooting (e.g. Monadhliaths, Angus Glens)? 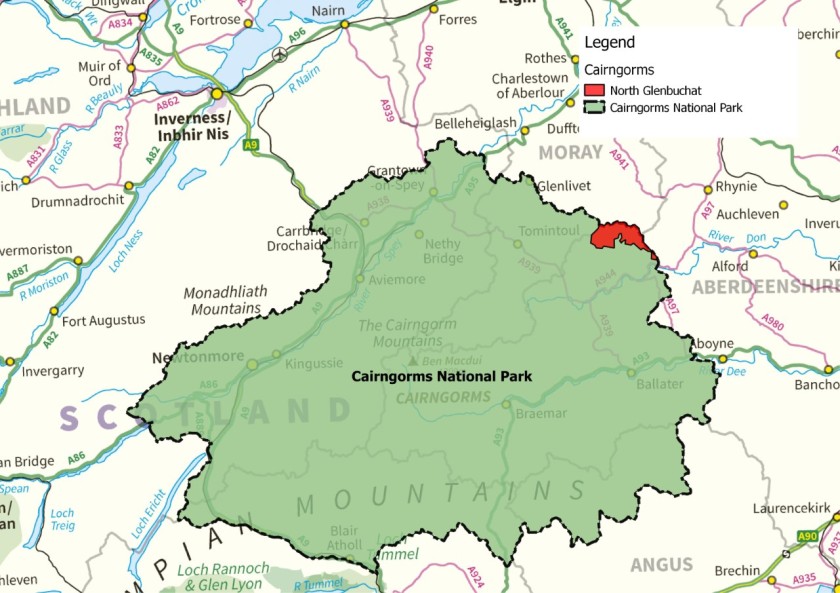 Interestingly, two press releases have so far been issued in response to this RSPB Scotland press release. One is from the landowners’ lobby group Scottish Land & Estates and the other one is from the North Glenbuchat Estate. It’s interesting to note that both press releases came via ‘public relations and crisis management’ experts, Media House.

The estate’s statement includes the following claim: “The estate head gamekeeper filmed what he firmly believes to be the eagle in question yesterday afternoon” (March 30 2017) and there is an accompanying video of this eagle (here). It’s well worth a look. It’s definitely a juvenile golden eagle and it’s definitely been filmed on Glenbuchat Estate. However, it’s not known when the footage was taken and it’s extremely difficult to see whether this eagle is even carrying a satellite tag. But even if it is carrying a tag, how on earth can the keeper “firmly believe” that this is eagle 338? Surely he / the estate knows that there are plenty of satellite-tagged eagles flying around Scotland at the moment and it could be any one of those!

It all looks a little bit lame and a teensy bit desperate, but maybe that’s just us. Maybe eagle 338 is still flying around the Cairngorms National Park, along with all the other ‘missing’ satellite tagged eagles. Perhaps, having learned to use jamming technology to block the signal from their satellite tags, they’re now hanging around the Co-op car park in Grantown on Spey, using their skills to block remote-locking car keys with criminal intent so they can steal the vehicles and go joy riding around the National Park.

There are bound to be further responses to today’s news over the coming days and we’ll be reviewing those as and when they appear, but the one response we’re really keen to hear is the one from the Environment Cabinet Secretary, Roseanna Cunningham. We don’t plan to bombard her with outraged emails this time. She knows the score, she knows exactly what’s going on, and she knows that there is high expectation for her / the Scottish Government to finally address this issue with the full force it demands.

She will be considering the findings of the raptor satellite tag review over the next couple of weeks so while we wait to hear what action she intends to take, you can amuse yourselves by reading this article about the ownership of North Glenbuchat Estate, written by Andy Wightman in 2014. 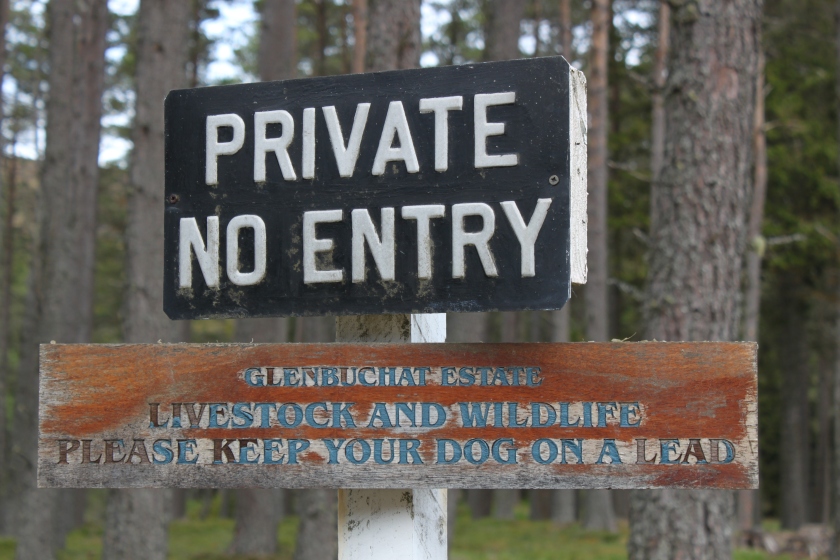 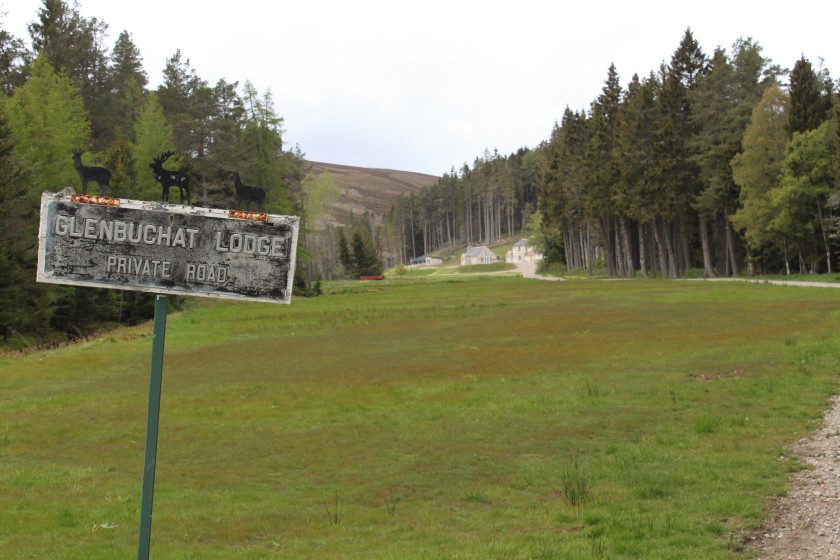