The Scottish and Irish governments are to work together to tackle the problem of raptor poisoning.

The Scottish Environment Minister Roseanna Cunningham has written to her Irish counterpart asking for a meeting to discuss the “unacceptable problem” and the possibility of joint initiatives. 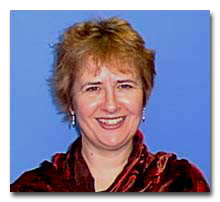 Both countries have seen a sharp rise in poisoning incidents in recent months some of which have been widely publicised. Figures released in March showed the number of birds of prey being killed with poison in Scotland had increased, with a total of 22 poisonings recorded in 2009. In May, 10 protected birds of prey were confirmed poisoned across the Irish Republic over a period of a few weeks.

Ms Cunningham said: “Both countries are committed to a healthier future for golden eagles. “Sadly, poisoning is still being reported but both governments find this behaviour unacceptable. I believe that collaboration could help us in the fight to stop this damage to our biodiversity and to our international reputations.”

One thought on “Scottish and Irish Governments to Work Together on Raptor Persecution.”