In March 2020, just after the start of lockdown, Derbyshire Constabulary reported the suspected poisoning of a kestrel and a buzzard, both found dead next to the remains of a pigeon at Ault Hucknall near Chesterfield (see here).

Samples were sent for toxicology analysis and last week the police received the findings. Both birds had been illegally poisoned with the banned pesticide Aldicarb.

This news was published on the Rural Crime Team’s Facebook page (see below). We haven’t been able to find any further news reports, for e.g. on the Derbyshire Constabulary website or in the local press.

These latest illegal poisonings are not the first in this area. A total of six buzzards were also illegally poisoned in neighbouring Glapwell between 2015-2016 (2 x buzzards, March 2015; 1 x buzzard & pheasant bait, February 2016; 3 x buzzards & pheasant bait, March 2016). Alphachloralose was the poison used in those cases.

[Some of the poisoned buzzards and a pheasant bait found at Glapwell in 2016, photos via RSPB] 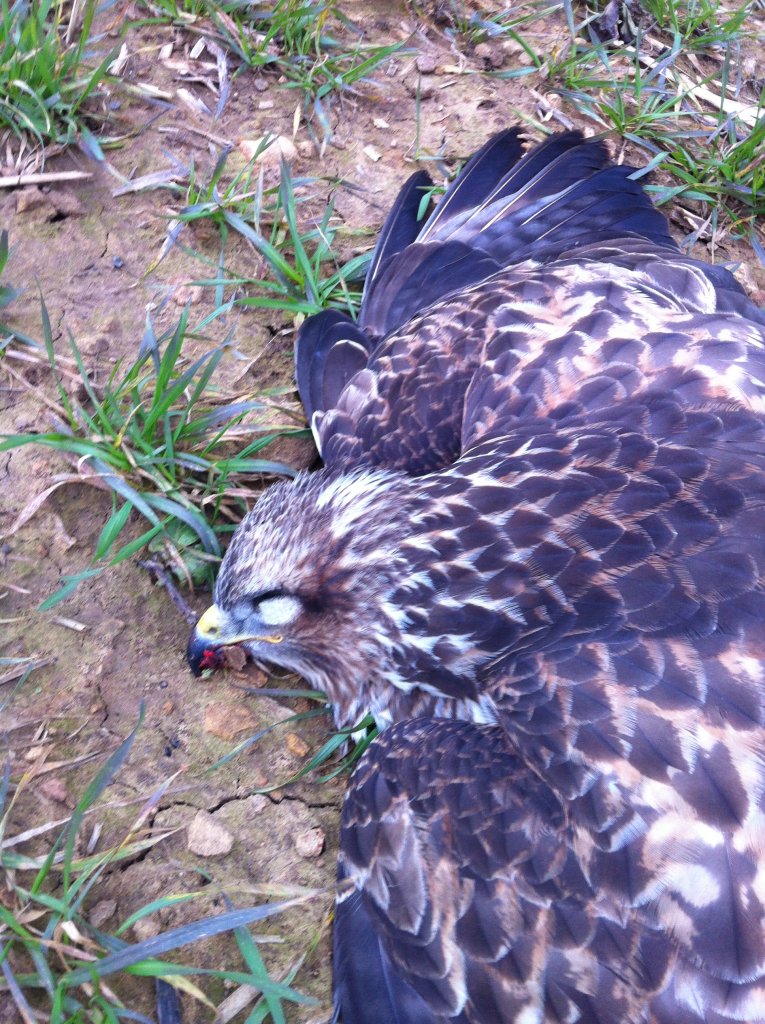 There is a record of those poisonings in the RSPB’s 2016 BirdCrime report (here) and a short video, here:

It is quite clear that somebody in this area has access to banned poisons and is not afraid to set out poisonous baits that could kill anyone unfortunate to come in to contact with them, let alone wildlife and domestic animals and pets.