The game-shooting industry continues to bang nails in to its own coffin with its latest magnificent display of zero credibility when it comes to tackling the ongoing illegal killing of birds of prey across the UK.

Have a look at these responses from the major game shooting organisations to last week’s news of a reported raptor persecution surge during lockdown. For those who missed the news, see here, or for ease have a look at this brilliant infographic published on Twitter by @RobThomas14, a senior lecturer at Cardiff University: 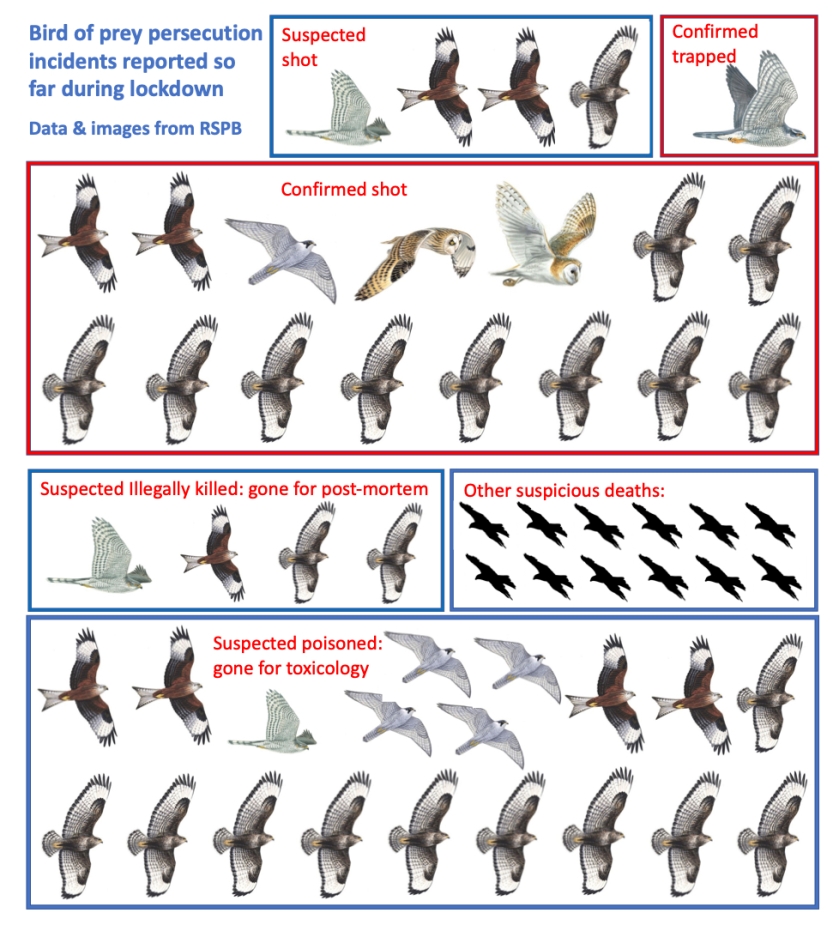 First up, a letter in the Daily Mail from Amanda ‘pass me the Brasso for my neck’ Anderson of the Moorland Association (which is a carbon copy of the statement published on the MA’s website): 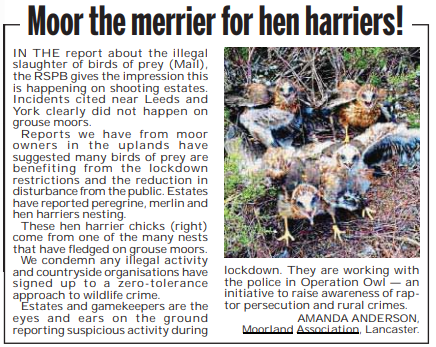 In a similar display of denial, delusion and detraction, here are some others: 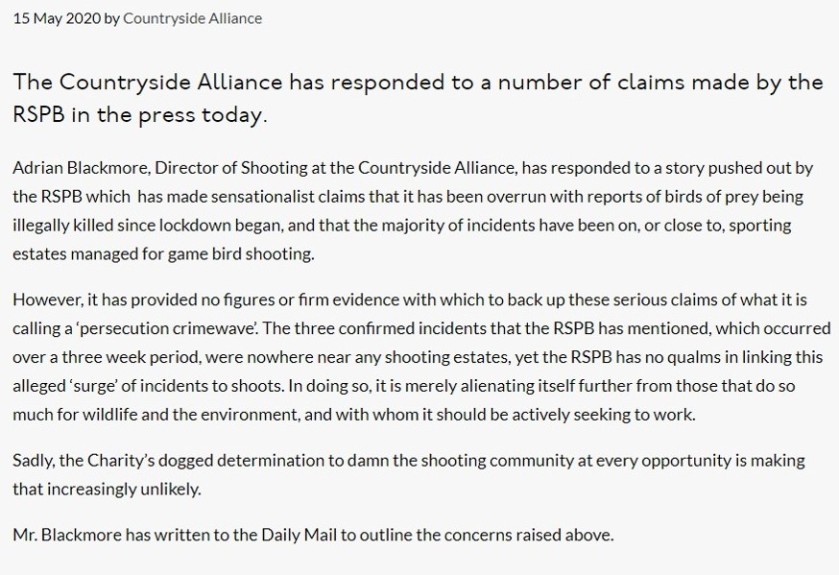 They just don’t seem able to comprehend how utterly ridiculous they look. It’s the digital equivalent of sticking their fingers in their ears and dancing around singing ‘I can’t hear you, la la la’ while increasingly well-informed members of the public stand and stare at them in disbelief. You just need to have a glance on Twitter to see the public’s reactions to these statements of denial and it quickly becomes obvious where public opinion is heading.

And once the details of these most recent crimes become public (i.e. when the police have reached a stage in their investigations when it will be appropriate for such detail to be released), we predict public opinion will be further enraged, causing significant difficulty for those in the industry who continue to shield the criminals.

There was one notable exception amongst the responses from the game-shooting industry to the news of the raptor persecution surge, from an unexpected quarter. Paddy Galbraith, the Editor of Shooting Times has seen the writing on the wall and tweeted this:

No denial, no delusion, no detraction, no attempt to shoot the messenger, just an open acceptance of what everybody already knows is going on, and what looks to be a sincere plea to bring it to a halt. Good for him.