Scottish Natural Heritage (SNH) has issued its new General Licences today, which mostly focus on permitting the killing of some bird species under some circumstances, but there’s also a new General Licence (#14) with new rules on how stoats can be killed.

We blogged about the (then forthcoming) new General Licences for birds back in February (see here) when SNH published some information about the proposed changes.

Although this widespread killing is still mostly unmonitored, uncapped, too loosely regulated and the trap users generally unaccountable for their actions, some of the changes are to be welcomed, including the removal of some bird species from some licences and the removal of General Licences from some protected areas (to be replaced by individual licences) following legal challenges by Wild Justice south of the border.

We particularly welcome the new rule that individual bird trap operators must now register with SNH. Previously the General Licence conditions had stated that live-catch corvid traps (e.g. Larsen traps, Larsen mate traps and multi-catch crow cage traps) had to display an identification number of the trap owner, but this number did not identify an individual trap operator, only the owner, typically the landowner or sporting agent. So if an alleged breach/offence was detected, and the trap was located on a large grouse shooting estate where multiple gamekeepers were employed, it was virtually impossible for the Police to identify an individual suspect (and thus charge anyone) because the estate and gamekeepers simply closed ranks, offered a ‘no comment’ response and failed to identify the actual trap user. It’ll be interesting to see whether SNH knowing the identity of the trap operator will lead to successful prosecutions for mis-use.

[A multi-catch crow cage trap, baited with a live decoy bird and used to capture hundreds of birds which are then killed, often by being beaten to death with a stick. Photo by OneKind]

However, even though there are some welcome changes in the new General Licences there are still many details in need of drastic improvement, not least the paucity of animal welfare considerations.

Late last year, Revive, the coalition for grouse moor reform published a new report authored by coalition members OneKind and League Against Cruel Sports (Scotland) called Untold Suffering, which documented the scale and type of suffering endured by wildlife (and in some cases domestic pets) in various traps deployed on grouse moors.

Today, OneKind has written a blog about the animal welfare implications of the new General Licences for birds and is calling for a comprehensive welfare review (read the OneKind blog here).

Still on the subject of General Licences for birds, Wild Justice continues its legal challenge of the licences recently issued by Natural Resources Wales (NRW) and has written two more blogs about the glaring errors that make those who sanctioned these licences look like fools (see here and here).

The newest General Licence in Scotland (#14) relates to the permitted killing of stoats for the conservation of wild birds or for prevention of serious damage to livestock. Natural England has also issued one and NRW is due to issue one today. This legislation has been in the pipeline for a few years as the UK has to now comply with the Agreement on International Humane Trapping Standards.

We don’t intend to go in to detail right now but the main point here is that stoat-killers are no longer permitted to use the Mark 4 Fenn (spring) trap for stoats, although apparently it is still a legal trap for rats and weasels as long as the conditions of the Springs Traps Approval Order are met. Instead, five new and apparently humane traps have been authorised by the new General Licence for killing stoats.

It’s not clear to us whether gamekeepers are still permitted to set the Mark 4 Fenn traps on the pretence of catching rats or weasels (but really still targeting stoats). If a stoat is captured will the trap operator be able to claim it as ‘accidental by-catch’? Or should the new legislation be interpreted in a way that gamekeepers should not set these traps in areas where the risk of catching stoats is high? And how would that risk be measured?

Time will tell, because inevitably there will be gamekeepers who will ignore the law and use these traps illegally, just as they’re still being used as illegal pole traps over one hundred years after pole-trapping was banned!

[A Mark 4 Fenn trap being used as an illegally-set pole trap, photo by RSPB] 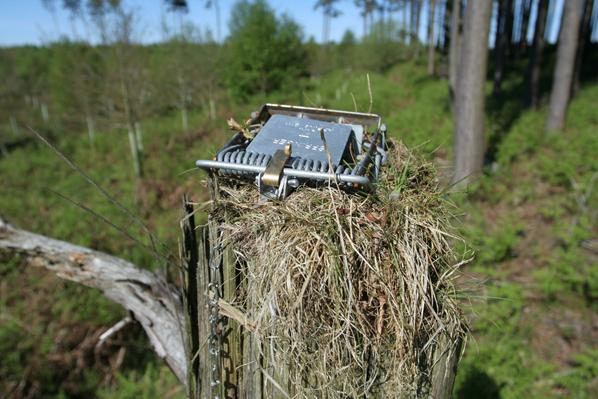