In July this year, Scottish gamekeeper Alan Wilson, then 60, pleaded guilty to nine of 12 charges of wildlife crime at Henlaw Wood on Longformacus Estate in the Borders (see here).

Wilson’s crimes included the shooting and killing of two goshawks at Henlaw Wood between March 2016 and May 2017, three buzzards, three badgers and an otter. He also pleaded guilty to charges of setting 23 illegal snares and possession of two bottles of the highly toxic (and banned pesticide) Carbofuran (see here). 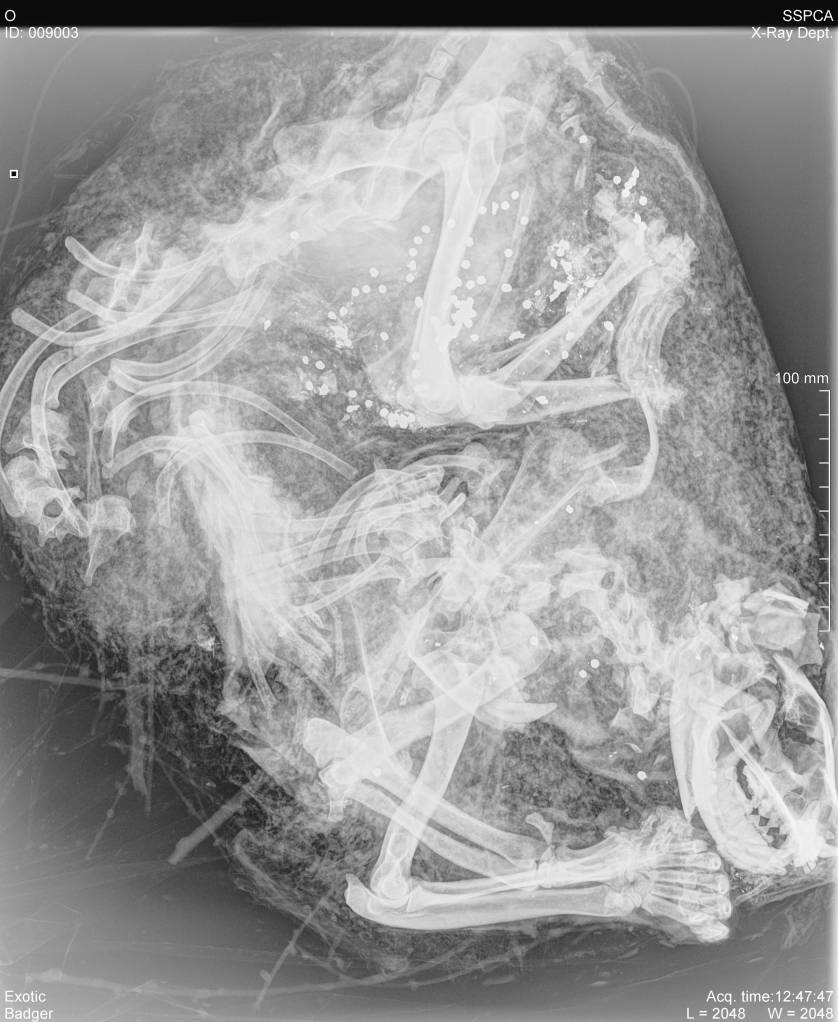 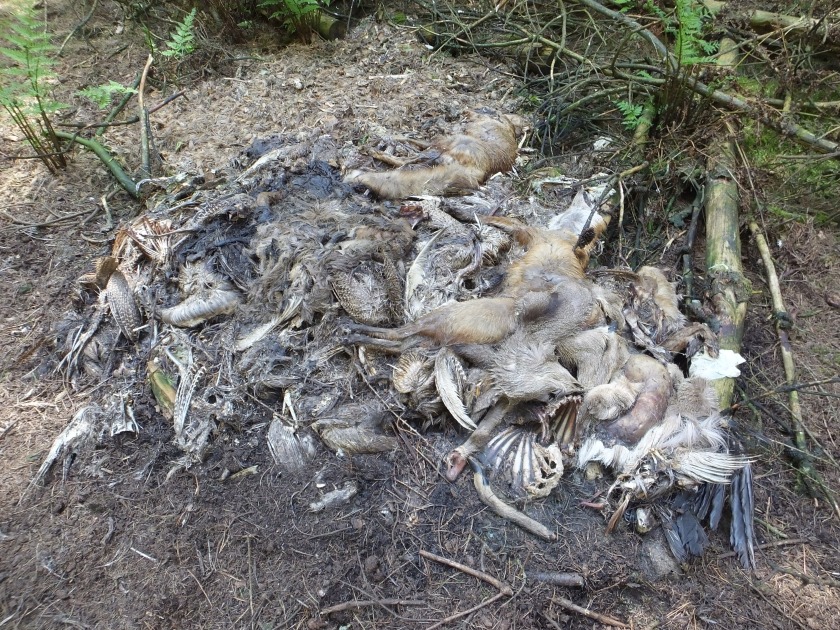 Following Wilson’s guilty plea, the Sheriff adjourned sentencing for a few weeks to allow reports to be submitted.

Soon after his conviction, Scottish Land & Estates issued a statement of condemnation and claimed the Longformacus Estate was being managed for low ground pheasant shooting but in its desperation to avoid any bad publicity of grouse moor management, completely failed to mention that part of the estate was also managed as a grouse moor. Here’s a photograph of Henlaw Wood (now felled) and its proximity to the grouse moor: 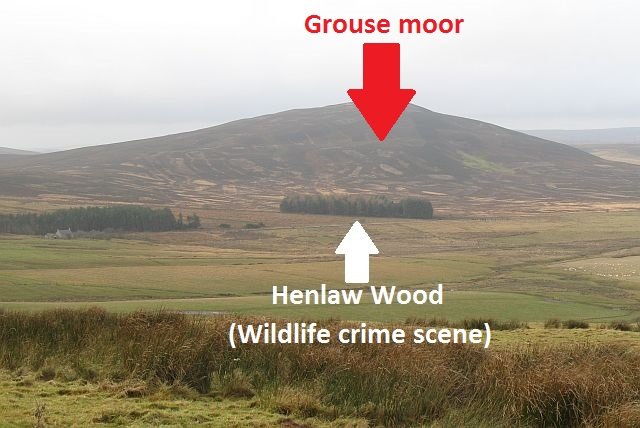 Alan Wilson, now 61, was sentenced at Jedburgh Sheriff Court this afternoon. Astonishingly (or not!), despite his litany of violent crimes against protected raptors and mammals which easily passed the threshold for a custodial sentence, Wilson has dodged jail, has dodged a fine, and instead has been issued with a 10-month curfew and an instruction to carry out 225 hours of unpaid work as part of a Community Payback Scheme. His firearms and other equipment was confiscated (it’s not clear for how long).

This monumentally inadequate sentence is in no way a reflection of the severity or extent of Wilson’s crimes, nor does it offer a suitable deterrent for other would-be offenders. According to this article in the Guardian by Sev Carrell, Sheriff Peter Paterson acknowledged that Wilson’s offending warranted a custodial sentence but said that as the Wildlife & Countryside Act only allowed sentences of up to six months, and Scottish Ministers had recently introduced a presumption against jailing offenders for less than 12 months, he felt he had no choice but to impose a different sentence.

This doesn’t make sense to us. Sure, the W&CA does, currently, impose a limit of six months but that’s six months per offence, so in Wilson’s case, where he had pleaded guilty to multiple offences, this would have amounted to much more than one six-month sentence and so in our opinion, he should have received a custodial sentence. We don’t know if this sentence will be appealed by the Crown Office – it must first be satisfied that the sentence was unduly lenient (e.g. see here). We’ll have to wait and see.

What is absolutely crystal clear is that the Scottish Government needs to get on and implement the penalty increases for wildlife crimes that it agreed to do way back in 2016.

This is Wilson’s second conviction in relation to offences at Longformacus Estate: in February 2018 he was sentenced to a £400 fine and disqualified from keeping birds of prey for ten years after he was convicted of animal welfare offences in relation to an Eagle Owl he had kept in appalling conditions (see here).

We don’t know whether Wilson’s employer (which may be a landowner or a sporting agent) will face a charge of alleged vicarious liability. We know that two individuals were originally charged with alleged offences at Longformacus Estate (e.g. see here) but we don’t yet have any more details. We will be following up on this and will report here if there is news. [Please note: if you are commenting on this aspect of the crimes at Longformacus Estate, remember there is a potential defence to any allegation of vicarious liability – Wilson’s employer is not automatically guilty just because he was Wilson’s employer].

Interestingly, the Scottish Gamekeepers Association has, after months of refusing to comment, now finally admitted that Wilson was indeed an SGA member when he committed these wildlife crimes. Here is the SGA statement posted today:

We’ll be discussing Wilson’s SGA membership in a later post.

It is not clear to us whether the Longformacus Estate is a member of Scottish Land & Estates. So far SLE hasn’t issued a statement about today’s sentencing. Instead, it’s website is leading with an article with the unfortunate headline, ‘Making it Happen’.

More on this soon.

It only remains to acknowledge the huge efforts of all those involved in detecting, investigating and prosecuting this case. This successful conviction was the result of genuine partnership working between the League Against Cruel Sports, Scottish SPCA, RSPB Scotland, Police Scotland and the Crown Office, along with experts from the Scottish Raptor Study Group, SASA, and veterinary pathologists from Scottish Agricultural College. Well done and thanks to all those involved in exposing this filthy criminal activity on yet another grouse moor.

Wildlife crime is endemic on many grouse moors. We see it over and over again and we also see the offenders escape justice time and time again. If you’d like to help bring it to an end, please consider signing this new petition calling for a ban on driven grouse shooting – PLEASE SIGN HERE