The exact number of game birds that are released in the UK for shooting every year is not known (because, incredibly, the game bird shooting industry is virtually unregulated). Nobody even knows how many game bird shoots there are, because the people involved do not have to register anywhere, nor report on the number of birds released / shot each year. It’s been a great old wheeze for decades.

[Gamebird poults in poor feather condition just prior to release in to a woodland pen. Photo by Ruth Tingay] 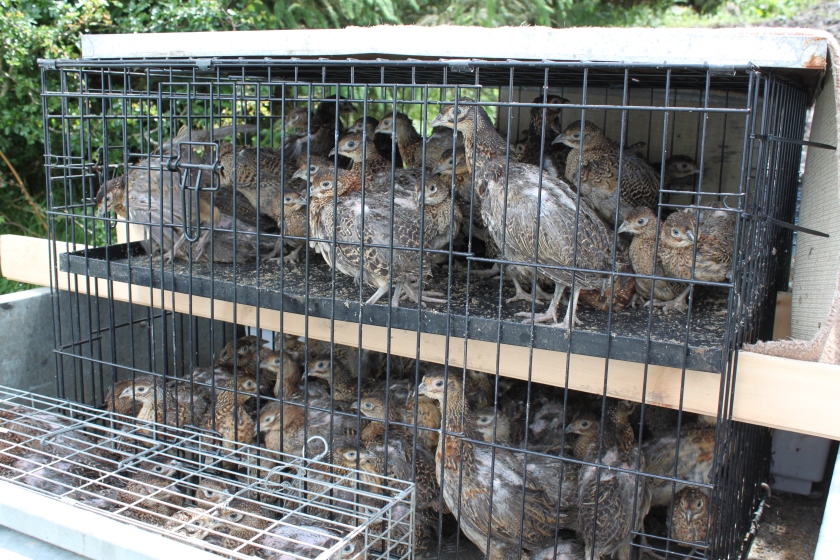 All we’ve had to go on in recent years has been a conservative estimate of approx 50 million released birds every year, of which approx 43 million are pheasants and 9 million are red-legged partridge.

This ~50 million estimate came from the GWCT’s National Gamebag Census which until now hadn’t been updated since 2012, so a lot of us had guessed that the figure had probably increased substantially since then but we had no hard evidence to support this theory.

Take a look at this recent paper from the GWCT, which analyses gamebag data up until 2016 (so it’s still not up to date but it’s more up to date than their 2012 estimate).

This table from the paper is fascinating: 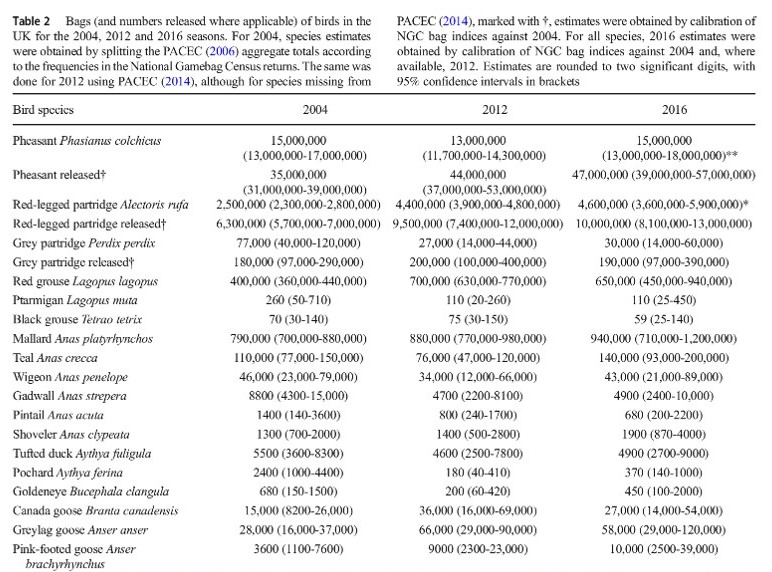 140,000 woodcock, 85,000 common snipe and 870 golden plover killed every year. Why? Isn’t the shooting industry supposed to be ‘looking after’ waders? Why are they killing them in such huge numbers?

As many of you will know, Wild Justice is currently challenging DEFRA about its failure to assess the environmental impact of releasing so many millions of non-native game birds in to the countryside. The crowdfunder to support this legal action is just £2,059 short of its target, with 7 days to go. If you can help push it over the line, please visit here.