Police are appealing for information after receiving confirmation that a red kite, found dead near Knaresborough in December 2017, had been poisoned with a pesticide.

The discovery has prompted a warning from North Yorkshire Police – as part of the force’s Operation Owl campaign – about the cruel, illegal and dangerous practice of lacing animal carcasses with poison to kill other wildlife.

The dead kite was found by a member of the public just outside the village of Ferrensby between Knaresborough and Boroughbridge in North Yorkshire. The bird was in good physical condition and there was no evidence to indicate the cause of death. The finder was concerned that the bird may have been killed illegally, and reported it to the police.

Specialist wildlife crime officers at North Yorkshire Police had the bird x-rayed and this ruled out any cause of death due to physical injury. The police then arranged with Natural England for the bird to be sent away for a post mortem and toxicology tests.

The results showed the bird had significant amounts of chloralose, a pesticide, in its kidney – and it was concluded that this was the cause of death. The post mortem could not identify the nature of the kite’s last meal. The bird would have succumbed within a few minutes of consuming the poison. The location where the kite picked up the poison is not known. 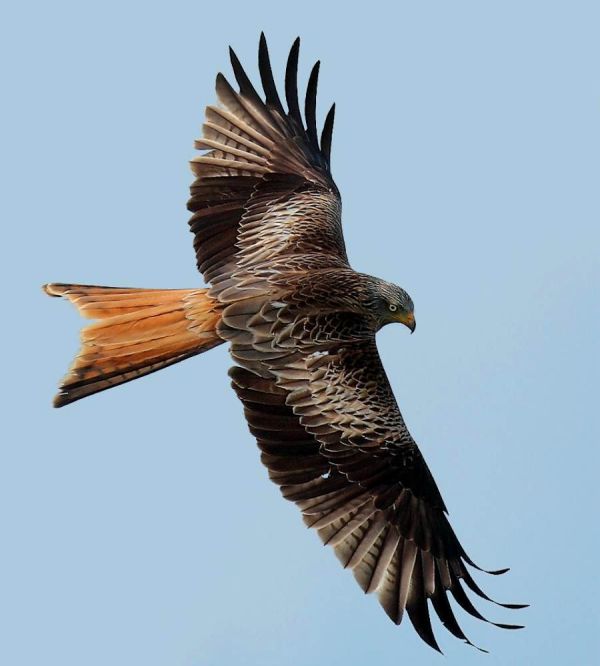 Officers need to hear from anyone who has any information about the illegal use of pesticides to poison birds of prey in North Yorkshire. The practice of lacing animal carcasses with poison to kill other wildlife is both cruel and illegal. It is also poses a serious risk to members of the public and their children or pets if they come into contact with them.

Operation Owl is an ongoing initiative by North Yorkshire Police, the RSPB and the RSPCA, together with the North York Moors and Yorkshire Dales National Parks, the Nidderdale Moorland Group, and others, to reduce the number of illegal attacks on birds of prey. As part of the operation, police carry out surveillance checks on known raptor persecution hot-spots at random times to disrupt offender activity. Officers are also calling on the public to be the ‘eyes and ears’ of the police when out in the countryside.

Sergeant Kevin Kelly, of North Yorkshire Police’s Rural Taskforce, said: “North Yorkshire’s wonderful countryside is host to many specially-protected birds of prey, including red kites. It is completely unacceptable that people think they can ignore the law and subject these birds to poisonings and other forms of persecution without consequence.

Like other forms of rural crime, raptor persecution is not a problem that the police can tackle alone. If everyone keeps their eyes open for illegal traps and poisoned bait, it will be a massive boost to our surveillance operation. Operation Owl is a real opportunity to reduce the number of wild birds that suffer and die unnecessarily, and send a clear message to offenders that we will not tolerate this crime in our countryside.”

Howard Jones, RSPB Investigations Officer, said: “We are deeply saddened to hear of another illegally poisoned red kite in North Yorkshire. Although the re-introduction of this species into the region has been a conservation success, there continues to be an unacceptable level of persecution towards these majestic birds. Kites are struggling to expand their range into upland areas such as the Yorkshire Dales and, in this case, it is clear that they are not safe in other areas of the county either. We will continue to work closely with North Yorkshire Police and Yorkshire Red Kites to tackle the issue of illegal killing.”

Doug Simpson, Yorkshire Red Kites Co-ordinator, said: “I am particularly concerned about this case, it being the first recorded kite death from illegal poisoning in this particular area. It is yet another instance of a red kite persecution victim having been found by someone out walking in the countryside, 22 of our 42 confirmed illegally killed or injured kites having been found in this way.”

Anyone with any information about this incident is asked to call North Yorkshire Police on 101, choose option 1 and be ready to quote reference 12170217776.

Alternatively email bill.hickson@northyorkshire.pnn.police.uk If you wish to remain anonymous, call the RSPB’s confidential Raptor Crime Hotline for free on 0300 999 0101.

17 thoughts on “Red kite found poisoned in North Yorkshire (yes, another one)”