In November 2015, the Scottish Government’s statutory conservation agency, Scottish Natural Heritage, imposed a General Licence restriction order on a number of estates where it was believed raptor persecution had taken place but there was insufficient evidence to prosecute any individual (see here).

These restrictions were the first to be imposed since this new enforcement measure became available on 1 January 2014. 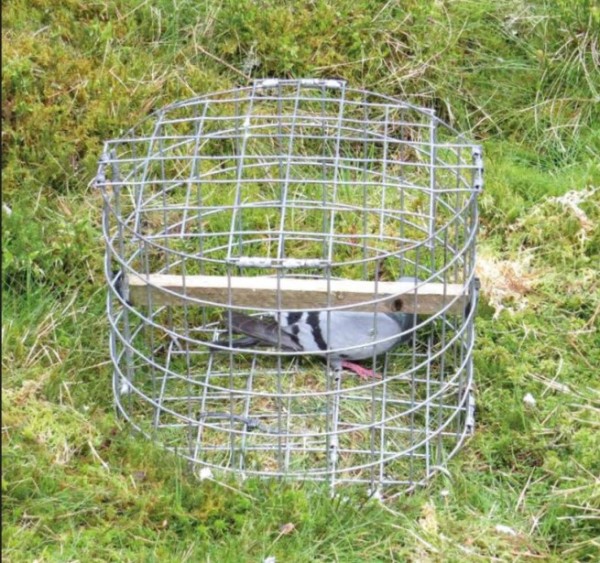 The General Licence restriction on all four estates was to run from 13 November 2015 to 12 November 2018, which meant that certain types of ‘pest’ control were prohibited unless the Estates applied for a specific individual licence that would be subject to tighter controls.

Raeshaw Estate (and neighbouring Corsehope Farm, where ‘pest’ control is undertaken by Raeshaw gamekeepers) made a legal challenge against SNH’s decision and in February 2016 they petitioned for a judicial review.

A judicial review challenges a decision made by a public body (in this case SNH) and examines whether the right procedures have been followed (i.e. with procedural fairness, within the legal powers of the public body, and with rationality).

The judicial review was heard in January 2017 and we have been awaiting the court’s judgement. It was published yesterday and can be read here: Raeshaw judicial review decision 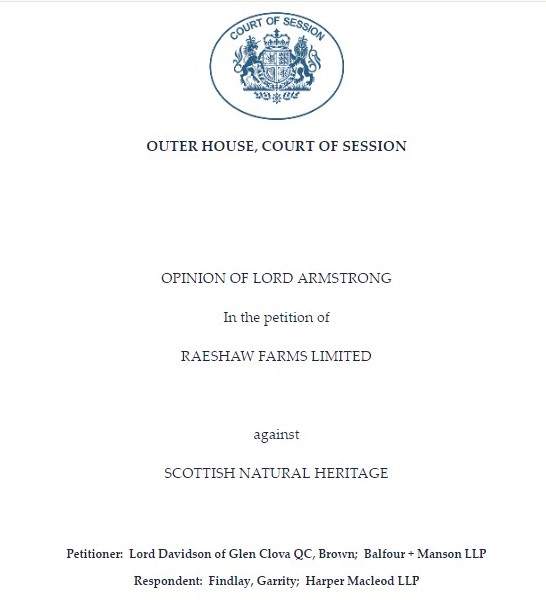 We don’t intend to discuss the details of the court’s judgement – you can read those for yourselves (but do pay attention to the bit about the homemade trap, identical to the illegally-set homemade trap placed out on the hill, found in the possession of one of the gamekeepers – it’s quite interesting), but in summary, the court decided that SNH had acted fairly and with due regard to the stated rationale for imposing a General Licence restriction as laid out in SNH’s framework for implementing restrictions. As we understand it, there is a right to appeal to a higher court so we’ll have to wait and see whether Raeshaw Estate decides to take this option.

For now, this judgement is very, very good news. We, and others, have been highly critical of SNH’s handling of the General Licence restrictions, particularly when they subsequently issued individual licences to Raeshaw and Corsehope which effectively circumvented the supposed sanction of the General Licence restriction (see here, here, here, here). Yesterday’s court judgement does not alter our view on that and we will continue to challenge SNH about the so-called ‘tighter controls’ on these individual licences.

However, what yesterday’s court judgement does (or should) do, is open the floodgates for further General Licence restrictions to be imposed on other estates where there is evidence of raptor persecution. We know that SNH has a backlog of cases, dating back to 2014, and they’ve been sitting on those, justifiably, while the judicial review process has been underway. Now that the Court of Session has validated SNH’s procedures for imposing General Licence restrictions, we hope they will get on with handing out some more.