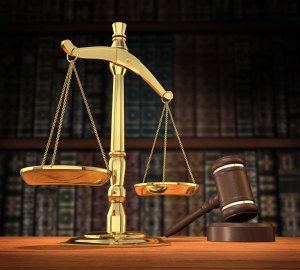 A Cumbrian man from the world of pigeon racing has been convicted for the illegal storage of the banned poison Carbofuran.

Keith Mingins, 58, of Main Street, Frizington, Cumbria, pled guilty at Workington Magistrates Court on 29th April 2016, following the discovery of Carbofuran at his pigeon lofts during a police raid in April 2015.

Mingin’s defence was that he had been given the poison by his father in law (who has since died), he didn’t know what it was but he used it anyway, to poison rats, apparently.

He was fined £300 for the illegal storage and ordered to pay costs and a victim surcharge amounting to £115.

It’s an interesting one. We wonder what triggered the police raid in the first place? (They would have to have grounds to justify a search of his premises, they can’t just turn up on a whim). And how many times have we heard the defence that someone who was in possession of a banned poison had been given it by someone who had since died? And just how plausible is it that someone gives you a poison, you don’t bother to find out what it is, but decide to use it all the same?

The pathetic fine makes us wonder whether the court received any background information about Carbofuran (banned 15 years ago in 2001) and how it is still commonly used to poison birds of prey and how some pigeon racing men are known to target birds of prey? We are in no way suggesting that’s what Keith Mingins did, but a wider perspective in these cases should help inform the magistrate prior to sentencing.

Frizington has been a hotspot for the attempted poisoning of peregrines over the years. At least twice in 2009, and also in previous years, live pigeons smeared with banned poisons (Carbofuran and Aldicarb) have been found tethered at a quarry (a known peregrine breeding site) at Rowrah, Frizington (see here). In 2010 a peregrine was found dead in ‘suspicious circumstances’ at an allotment in Frizington, although the cause of death is not known (see here).

Let’s hope the publicity of Keith Mingins’ conviction (if not his lame punishment) for storing a banned poison will act as a deterrent for anyone else in the area who may have some Carbofuran or another banned poison stashed away and who may be thinking about using it.

Well done to Cumbria Police, NWCU and Natural England for a successful prosecution.