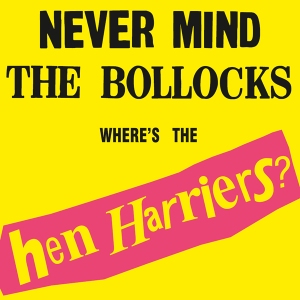 The Countryside Alliance has launched an attack on Chris Packham and is urging the BBC to sack him. The basis of their argument is that Chris, in their opinion, is ‘abusing his position’ as a BBC presenter to ‘promote an extreme agenda’ (see here).

Let’s just be clear. This is less to do with the Countryside Alliance’s concerns about BBC impartiality but more to do with them wanting to silence an articulate, thoughtful, well-informed and popular ‘celebrity’ to prevent him expressing views on wildlife crime (particularly hen harrier persecution) and animal welfare issues that just happen to be the polar opposite views of the CA, and thus are labelled by them as ‘extreme’.

It’s not the first time the Countryside Alliance has tried to silence those with opposing opinions. Last year they complained to the Charities Commission about the RSPB’s 2013 BirdCrime Report, claiming it was ‘deliberately misleading’ and ‘promoting an anti-shooting agenda’. Their complaint backfired spectacularly when the Charities Commission told the CA where to get off (see here).

This time, it’s the public telling the CA where to get off. A petition was launched last night in support of Chris Packham and has already attracted over 11,000 signatures from members of the public who admire and appreciate Chris’s principles. You can sign it HERE

And if you’re in the mood for petition-signing, here’s another one that’s deserving of your support: Ban Driven Grouse Shooting – sign it HERE

There’s a good piece in the Guardian today about why the BBC should treasure Chris Packham, not sack him (see here).

It’s easy to see why the Countryside Alliance is really going after Chris. His latest t-shirt design is the perfect response and can be downloaded here.