Well, well, well. The ‘campaign’ group You Forgot the Birds, headed up by that well known ornithological expert (ahem) Sir Ian Botham, is back.

You might remember them from last year, when they tried, unsuccessfully, to discredit the RSPB, resulting in widespread derision and the rejection of their complaints to the Charity Commission.

This time they’ve surpassed all expectations. They’re accusing the RSPB of ‘deliberately looking the other way’ while hen harriers die because they’re more interested in using the species as an ongoing ‘fundraising tool’.

This accusation is centred on the recent events in Bowland, Lancashire, where three male hen harriers, all with active nests, (un)mysteriously ‘disappeared’ (see here).

We have a copy of the group’s press release (thanks to the journalist who sent this). It reads (slightly edited) as follows:

You Forgot the Birds campaign.

The mysterious disappearance of endangered birds of prey in Lancashire has become a whodunnit with the RSPB implying that gamekeepers are to blame and the gamekeeper’s champion, Sir Ian Botham, saying that the RSPB is deliberately looking the wrong way – and has ulterior motives.

England’s hen harriers are close to extinction and the RSPB is too ideologically blinkered to do anything to help.  This is the view of Sir Ian Botham who is responding to the news that at the Bowland Estate in Lancashire, RSPB officials are watching abandoned eggs on hen harrier nests instead of transferring them into incubators.  The fledglings could then be released back into the wild.

“The RSPB uses hen harriers as a fundraising tool and is forever blaming gamekeepers for their low numbers” says Sir Ian Botham, “but the real culprits are the ‘sit on their hands and do nothing’ RSPB officials who keep blocking government attempts to help the birds recover.”

Under a Natural England licence the RSPB could save the eggs at Bowland.  Officials at Defra have proposed a similar scheme to increase hen harrier numbers on grouse moors but this has been obstructed by the RSPB.

“The RSPB are deckchair conservationists with binoculars who sit and watch failing nests. They campaign, they complain, they blame – but they are rubbish at conservation.  Year after year the RSPB fails to live up to its name and protect birds.  If you want to protect birds from predators you need gamekeepers not the RSPB” says Sir Ian.  Uncontrolled fox populations are a major problem for hen harriers.

His criticism came after the RSPB, without producing any evidence, blamed the disappearance of the hen harriers on wildlife crime and offered a £10,000 reward for a conviction.

Sir Ian in response is offering a £10,000 reward to the first conservation group which moves the abandoned eggs into an aviary and then releases the fledglings back into the wild.  A similar process has already successfully raised harrier numbers in France.

While there are more than 1,000 hen harriers in Scotland, in England the numbers remain pitifully low.  Last year there were only four successful nests south of the border – three of which were on grouse moors.

“No bird lover can accept this impasse.  The current situation is an embarrassment to both Defra and to Natural England and provides stark evidence that the RSPB puts ideology and fundraising far ahead of the birds it claims to protect,” says Sir Ian who is spokesman of the You Forgot The Birds campaign.

The RSPB receives more than £1m of grants from the EU and the Heritage Lottery Fund for its hen harrier programme and would risk not getting further grants if hen harrier numbers increased.

Defra officials want excess hen harrier chicks on grouse moors to be raised in aviaries so that bird numbers increase while allowing the moors to remain economic.  The highly respected Hawk and Owl Trust has offered to help implement the scheme.  However the RSPB continues to object to the plan and is putting pressure on the Trust to back down.

You Forgot The Birds   www.youforgotthebirds.com 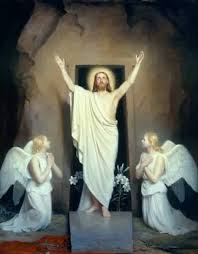 It’s hard to know where to begin, and to be honest, we can’t really be arsed to go through it sentence by sentence, but there are two points that are worthy of some attention.

1. The two hen harrier nests (with their eggs) were abandoned by the females at some point between 30th April (when both males ‘disappeared’) and 6th May, when the RSPB announced the news. Botham’s press release was embargoed until today (19th May). Botham is offering £10K to any conservation organisation who will take the eggs, incubate them, and then release the subsequent fledglings. It’s not clear how he thinks that eggs containing embryos that have been dead for between 13-19 days can now be successfully incubated. It’s biologically impossible.

He may well argue that had the RSPB intervened when the nests were first abandoned, the eggs could have been saved. Well, that’s potentially a biological possibility, although this scenario doesn’t take in to account the difficulty of knowing precisely when the nests were abandoned, and thus when to intervene. The nests were being closely observed and the people watching the nests will have seen the females leave. But at that stage, they wouldn’t have known whether the females had left temporarily (to find food for themselves in the absence of their male partners) and were coming back, or whether they’d abandoned the nests for good. Intervening at that early stage and removing the eggs could have been disastrous, not to mention illegal. By the time the nest observers realised the females weren’t returning, the eggs would have chilled and the embryos would already be dead.

However, that’s not what he’s arguing. His press statement is clearly written in the present tense – he seriously thinks that the eggs will still be viable, two weeks after they were abandoned. He’s either a deeply religious man with faith in the concept of resurrection (£10 grand for a miracle rebirth – what a bargain), or his understanding of biological principles is as strong as his Twitter account password. Perhaps he should change his nickname from Beefy to Mincey, as in ‘thick as….’

2. The second point worthy of mention is the final sentence in the ‘notes’ section of the press release:

‘The You Forgot The Birds Campaign is funded by the British grouse industry‘.

How interesting. But what is meant by ‘the British grouse industry’? A few individuals with a vested interest in grouse shooting, or an organisational body that represents those who own grouse moors? Mark Avery has attempted to find out the answer to that (here).

Whoever or whatever the ‘British grouse industry’ is, we owe them a debt of gratitude for choosing Mincey Botham as their spokesperson.

Article about this story in today’s Telegraph here.

16 thoughts on “You forgot the biology”