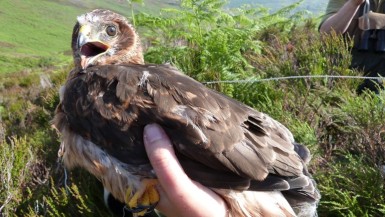 The key word here is “initial”. What they’ve released is extremely limited and to be frank, doesn’t tell us much that we don’t already know.

It’s a difficult situation for them, because part of the funding for this project has come from us (tax payers) and so NE has an obligation to inform us how our money has been spent and the results of the research that we’ve helped fund. However, this research has been undertaken as part of a PhD study and so the doctoral candidate (Stephen Murphy) is entitled to retain his data until he’s ready to submit his thesis and, ideally, has produced some peer-reviewed papers. No researcher worth his/her salt would wish to release their data, prematurely, in to the public domain, in case someone nicks the data and takes intellectual credit for the work.

The problem in this case is exacerbated by the controversial topic (and thus the high level of public interest and clamour for information), the poor survival rate of the study species (which is bound to have impacted on the research design seeing as the research is specifically aimed at examining hen harrier dispersal ecology; quite hard to assess if your harriers are killed just a few months after fledging), and also the length of time it has taken for this PhD study to be completed. We understand Mr Murphy’s studies began in 2006 – that’s eight years ago. That’s a very long time. We do have some sympathy with Mr Murphy, for the first two reasons outline above – but, we do know that he has given numerous public presentations on his research over the years and so we should have seen at least SOME of his findings published by NE well before now.

We now know that NE has attached sat tags to 47 young hen harriers between 2007-2014. There are at least a further six tags that have been fitted and monitored by other organisations. Of NE’s 47 harriers, only four are known to be still alive. That’s a pathetic 8.7%.

Of the 47 harriers, six have been found dead.

Of the 37 ‘missing’ harriers, 34 were under a year old when their sat tag stopped functioning. Two were between 1-2 years old, and only one was more than two years of age. The vast majority went ‘missing’ in the months of September and October, with a smaller peak in July and August.

NE has provided some technical information about the sat tags, stating that they are programmed to emit signals on a ten hour cycle with a subsequent 48-hour re-charging cycle. They point out that just because a harrier’s last signal came from a particular location, the harrier could have subsequently moved a considerable distance (within that 48-hour period).

Viewing the case of each ‘missing’ harrier in isolation, that’s quite a plausible possibility. However, when you combine ALL the cases of ALL the missing harriers, it’s not quite so plausible. NE states that tag failure is “uncommon”. Incidentally, so did the Dutch researchers who were commenting on the ‘missing’ sat tagged Montagu’s harrier earlier this year, whose last signal came from the Queen’s Sandringham Estate in Norfolk (see here). Sure, you might expect the odd one to fail, but when you’ve got a 78.7% failure rate, and you’re told that tag failure is “uncommon”, it’s very hard to conclude anything other than foul play.

When you also add in the known fact that breeding hen harriers are missing from almost every driven grouse moor in England and Scotland, it becomes blindingly obvious what’s going on.

Unfortunately, the newly-released data provided by NE don’t include detail of where these hen harriers have gone ‘missing’. They’ve given 100km2 grid references, which are utterly meaningless. They say they don’t want to release any finer detail because there is concern from the raptor study groups that sensitive locations will be publicised. That’s a little ironic (clearly the harrier killers know where to find these birds) but it’s also understandable. However, NE could have easily provided a column showing the habitat type of where these birds went ‘missing’ without compromising site security. Those data would have been very interesting and, we think, pretty damning. Perhaps that’s why they were excluded?

As NE quite rightly points out, the circumstances that led to the loss of these harriers’ tag signals can only be ascertained if the bird’s corpse is recovered. That’s also a statement that has repeatedly been put out by the game-shooting lobby – “No dead bird, no evidence of persecution”. Now, we expect some natural mortality – not all the sat-tagged harriers are going to survive, that’s basic biology. But wouldn’t you think, if all these sat-tagged harriers had died a natural death, their corpses (or at least part of a corpse) would be found, as would the tags?

Of those 37 ‘missing’ harriers, only one tag has been recovered. Amazing, eh?

So what have we learned? Not much. 78.7% of sat tagged hen harriers are ‘missing’. ‘Somewhere’.

Here’s a reminder of what happens to some hen harriers on some driven grouse moors. Please sign the petition to ban driven grouse shooting here. 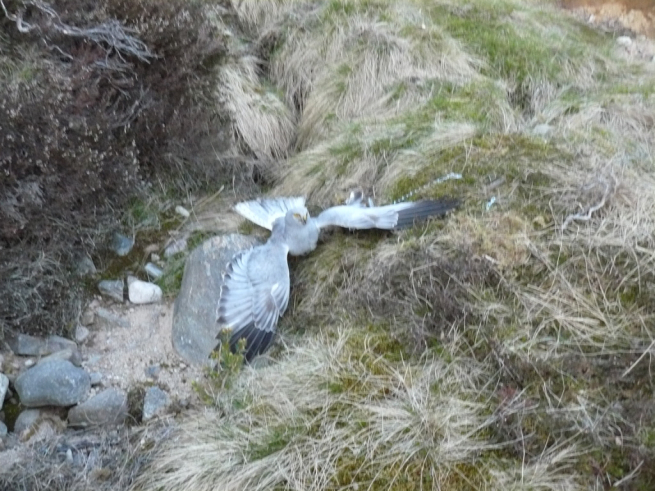