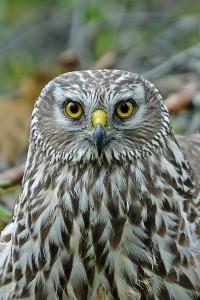 There’s a very good blog published today on the British Ornithological Union’s website (here). It’s written by Dr Arjun Amar, a leading raptor ecologist who has published widely on the hen harrier following his PhD and post-doc studies on this species.

Arjun’s blog summarises what he calls the ‘terminal decline’ of the hen harrier and discusses the various approaches that are currently being discussed to prevent the inevitable. The three main approaches are:

1. A ban on driven grouse shooting.

3. A brood management scheme – which basically means removing young harriers from grouse moors, rearing them in captivity and releasing them elsewhere.

In Arjun’s considered opinion, “any one of these three approaches could work well to provide a conservation success (i.e. more harriers) at least in the short term“.

He’s right, of course, in a strictly scientific sense, although he doesn’t address either the ethical, practical or enforcement issues that accompany each approach. But then why should he? He’s a scientist and he’s arguing from a scientific perspective, which is appropriate in the context of the BOU website.

Yes, strictly speaking, that’s what Arjun did say. But he also said that the other two approaches could also work well. But then we’d hardly expect GWCT to headline an article with, ‘Leading raptor scientist believes a ban on driven grouse shooting could provide success‘!

It’s all about the careful cherry-picking of words, of which the GWCT (and others in the game-shooting industry) do so well. If you’ve read the GWCT’s recent articles on hen harriers and taken them at face value (i.e. not bothered to read around the subject), you’d be forgiven for believing that the GWCT loves hen harriers and wants to help them recover. But you have to read the small print to understand that this ‘recovery’ is conditional on the hen harriers being restricted to areas away from driven grouse moors.

Some people may be taken in by the GWCT and Moorland Association’s current absurd hen harrier pantomime, but many of us are not.

To find out how you can get involved with Hen Harrier Day activities, click here.

13 thoughts on “GWCT, the Moorland Association, and their absurd hen harrier pantomime”