Last week we blogged about the recent article in The Scotsman and on the Deadline News website, relating to criticism of the RSPB for deciding to hold their inaugural Scottish Birdfair at Hopetoun House (see here).

We are not aware of any alleged raptor persecution incidents taking place at Hopetoun House or its surrounding [West Lothian] landholdings and indeed, raptors such as buzzards and tawny owls are reportedly resident in the grounds of Hopetoun House and on the surrounding estate. 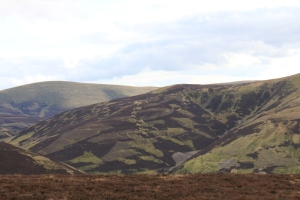 Leadhills Estate, as many readers will be aware, has been at the centre of dozens of allegations of raptor persecution (e.g. see here), and several gamekeepers there have been found guilty of wildlife crime offences (e.g. see here and here). Leadhills Estate is situated on land that is owned (but apparently not managed) by Hopetoun Estates and, if you believe the RSPB and the Earl of Hopetoun, that is the full extent of the relationship, as Leadhills Estate is reportedly let on a long sporting lease.

After the original article (criticising the RSPB) was published in The Scotsman, various statements were made by, and on behalf of, both the RSPB and the Earl of Hopetoun, to clarify the relationship between Hopetoun Estates and Leadhills Estate (see here and here). In essence, both were keen to highlight that Hopetoun Estates has nothing whatsoever to do with the management of Leadhills Estate and therefore there should not be an ‘issue’ about the RSPB holding its bird fair on land managed by Hopetoun Estates. The most significant comment, made by an un-named spokesperson for the Earl of Hopetoun, was:

“Our [Hopetoun Estates] particular concerns include potential detriment to our farming and sporting interests due to dogs and the disruption they cause to birds, wildlife and sheep (especially at lambing and hatching). We are concerned about the implications of Health & Safety as landowner due to the actions we and/or our tenants carry out over the Estate including the use of vehicles and firearms. Walkers, cyclists and horse-riders will inevitably be in conflict with the use of quad bikes, 4x4s etc – the speed issue alone, coupled with the rugged terrain, blind summits, corners etc. offers significant cause for concern. Further to this, there may be times (shoot days, or when certain land management actions are being carried out) when we would require the closure of the Core Paths for H&S reasons. We are concerned about the cost implications to ourselves of undertaking such a closure and one would have to provide the manpower to police such closures during shoot days. Maintenance of the tracks are also a concern as horses and bikes can significantly break up the surface of the tracks which allows water to get into the body of the track and cause significant damage potentially making the track impassable for our Estate vehicles”.

Now, Hopetoun Estates were one of several formal objectors to the Core Paths Plan (see here). Others of interest here include Leadhills Sporting Ltd (sporting agents with land management responsibilities at Leadhills Estate – see here); Allershaw Farming Ltd (which is listed elsewhere as a company involved with ‘Hunting, Trapping & Game Propagation and Related Service Activities’ and whose two listed directors just happen to have exactly the same names as the two directors listed at Leadhills Sporting Ltd – imagine the coincidence of that!); and Lord Linlithgow’s Accumulation Trust, whose address on the objection statement is given as ‘Hopetoun Estates Office, West Lothian’!!

What is striking about all four of these objections is the similarity of (most of) the paths they object to, and the reasons they provide for their objections.

Here are the four PDFs – compare and contrast and draw your own conclusions:

Does anybody still think that “Hopetoun Estate has no role whatsoever in the management of Leadhills Estate” ?

Naturally, we’d be happy to publish any clarifications that Hopetoun Estates may care to provide.

12 thoughts on “Unravelling the ‘relationship’ between Hopetoun and Leadhills Estates”