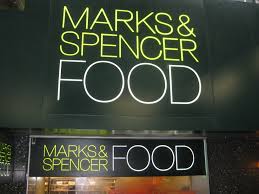 Last week we blogged about the news that Marks & Spencer was planning on selling red grouse at two of its flagship stores in London (see here). Naturally, given our interest in the management of grouse moors and the widespread illegal persecution of raptors that is associated with a lot of them, we wanted to know if M&S could reassure their customers that they were sourcing their red grouse from  suppliers who didn’t illegally kill wildlife to increase their grouse stock. This seemed a perfectly reasonable question, especially as we learned that the grouse moors in question included some in Yorkshire, a county with one of the worst records for raptor persecution in the whole country.

We (and many of you, thank you!) emailed Executive Director of Food at M&S, Steve Rowe, to ask him some questions.

It turned out that Mr Rowe was away until 27th August, but a response was received from Mike Rogers from the Executive Office. Here’s what he said:

Thank you for emailing Steve Rowe to share your concerns about the introduction of grouse into some of our stores. As a member of his personal team, I’m replying on his behalf.

We have the highest standards of animal welfare and only source from suppliers we know and trust. Our game range is sourced from well-managed estates across the UK stretching from Nottinghamshire to the Scottish borders, with the majority of product coming from Yorkshire and Northumberland.

Game is one of the most animal welfare friendly meats you can eat as it is totally free range – the birds live totally in the wild and in their natural habitats. It is also a very sustainable option and good estate management and conservation intended for game shooting actually stops deforestation, and encourages the protection of the countryside.

There are no breeding pairs of hen harriers on the grouse moors we take from and there are severe penalties for anyone that interferes with Hen Harriers – this is actively enforced not just for Hen Harriers but all species of raptors.

I appreciate you taking the time to get in touch with us to raise your concerns about the sale of grouse in our stores. I hope my email has helped to reassure you of how seriously we take our commitments to the environment and ethical sourcing.

Clearly Mr Rogers didn’t have a scoobies what he was talking about and was just regurgitating some inaccurate and frankly absurd propaganda probably fed to him by someone with a vested interest in selling red grouse.

We wrote back to Mr Rogers, pointed out the flaws in his statement and asked again if he would please name the actual grouse moors from where the M&S red grouse were being sourced. A very reasonable question, you’d think, given M&S’s stated policies on ethical food sourcing, including their ‘Named Farmer’ scheme, designed to provide traceability to secure consumer confidence.

This is the message that came back, this time from Stephen Duxbury in the Executive Office:

Thank you for your email. I hope you don’t mind me responding on Mike’s behalf.

I’d like to reiterate that we are working with only the most sustainable and well-managed estates, and do not work with any suppliers that interfere with Hen Harriers. We take issues regarding animal welfare very seriously, as evidenced in our Plan A programme. You can read more about our Plan A at http://plana.marksandspencer.com/?intid=gft_plana.

I’m afraid I am unable to give you specific details of our suppliers, as this is commercially sensitive information.

We are unable to comment further on this matter at this time, but I hope you will not interpret this for a lack of interest from M&S. We are closely monitoring this matter and will continue to review the situation. This will enable us to guarantee our suppliers are meeting our exacting ethical standards.

Thank you again for your email.

So, M&S are apparently ‘not working with any suppliers that interefere with hen harriers’. How can they be so sure? Did they have a conversation with their suppliers? Did it go something like this? –

M&S: Are you involved in the illegal persecution of hen harriers on your grouse moor?

Genius. Of course nobody in their right mind is going to admit to any involvement in any criminal activity. Did M&S do anything else to ensure that their suppliers are not engaged in the criminal persecution of wildlife? We think their customers have a right to know. We would also like to know why M&S think revealing the name of the grouse moors is too ‘commercially sensitive’ and yet with other meat products they’re prepared to name the actual farmer!

There are plenty of other questions to ask them, too. Mark Avery has a cracking blog on the M&S scandal today, with further questions about legal predator control and lead poisoning (see here).

M&S have done their best to shut down this conversation (see the last paragraph in the above letter) but that just ain’t going to happen. Steve Rowe (or his colleagues) have one last chance to answer our questions (namely, from which grouse moors are they sourcing their red grouse and what assessment have they used to determine whether the illegal persecution of raptors is carried out on those moors?) before we take the next step.

What will be the next step? The Trading Standards Office. We think the TSO will be very interested in the claims M&S are making about this product, particularly under the terms of the Trade Descriptions Act. It wouldn’t be the first time that M&S have found themselves under investigation by the TSO – in 2005 they were fined £10,000 + costs for making misleading claims about some of their products (see here). And just today, Tesco has been fined a whopping £300,000 + costs for misleading its customers over strawberries (see here).

Please join us in emailing Steve Rowe today and give him (or his colleagues) 7 days to answer these questions fully or else they can do their explaining to Trading Standards. Email: steve.rowe@marks-and-spencer.com

18 thoughts on “Not just any red grouse…part 2”