The RSPB Investigations Team has published a blog this afternoon detailing an incident that was witnessed by a Natural England fieldworker at a hen harrier nest site in Cumbria during the breeding season. 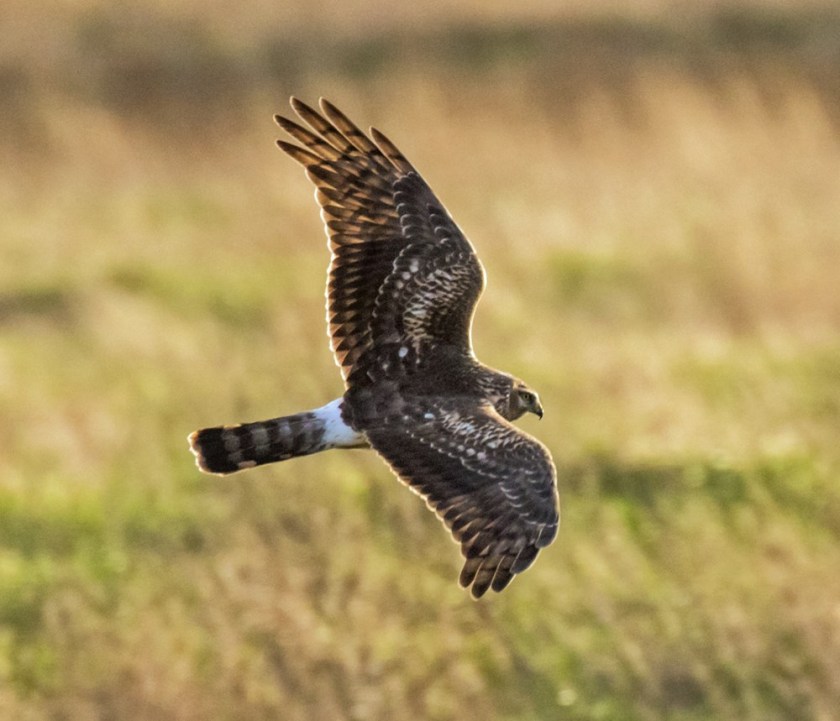 The full blog can be read here but the pertinent part is reproduced as follows:

‘We understand that a Natural England fieldworker was monitoring a hen harrier nest on moorland near Whernside, Cumbria, when he saw a man wearing camouflage carrying a firearm and a live bird of prey, believed to be an eagle owl about 300m from the hen harrier nesting area. He tethered the bird and sat a short distance away with his gun. In the circumstances there seems little doubt the intention was to draw in raptors, presumably the hen harriers, to shoot them. The use of a tethered live bird as a decoy to kill or take a wild bird is in itself illegal, but a method that seems to be increasingly used for targeting raptors. This was no doubt a highly stressful situation, we understand the fieldworker took some video footage and made himself visible. This eventually had the desired effect, and the suspect, realising he was under observation, left. It was reported to the police but due to evidential issues around establishing the identity of the suspect, it was not possible to take the matter forward to court. The RSPB would like to place on record our thanks to Cumbria Constabulary and the CPS for their determined efforts to progress this investigation. We firmly consider that this incident and the video should now be put in the public domain’.

Now, putting this news out late on a Friday afternoon isn’t helpful to anyone (apart from Natural England and the criminals within the grouse shooting industry who may hope that it’ll all blow over by Monday).

There is a lot to say about this incident as well as about Natural England’s continuing pisspoor conduct on all things hen harrier.

We’ll be coming back to it on Monday morning.

UPDATE 15 September 2020: More on that gunman filmed with a decoy owl near hen harrier nest site on Whernside (here)