Earlier this week Duncan Orr-Ewing, Head of Species and Land Management at RSPB Scotland, wrote an opinion piece for The Scotsman in which he argued that the licensing of Scottish grouse moors is needed now, not in five years’ time (see here). 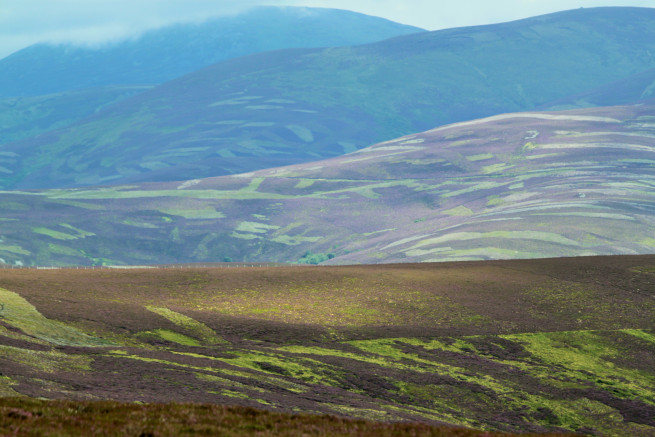 In response, Tim (Kim) Baynes, Director of Scottish Land & Estates’ Moorland Group has written an hysterical scaremongering piece in which he suggests that grouse moor licensing will threaten the rural economy in terms of investment and jobs. Here’s his letter:

Duncan Orr-Ewing’s article (Friends of the Scotsman, 22 July) is correct in stating that grouse shooting provides employment in rural areas.

Despite this and many other public benefits, the RSPB tries to make the case that driven grouse shooting in Scotland should be subject to licensing.

This would make it the most heavily regulated land use in the UK and would discourage ongoing investment, potentially losing jobs associated directly and indirectly with the sector and threatening many rural communities.

It was only seven months ago that Professor Alan Werritty and his panel, commissioned by the Scottish Government, delivered a very carefully considered report into driven grouse shooting, which concluded that licensing of grouse shooting was not justified at this stage.

A second research report on the value of driven grouse shooting to Scotland is due to be published by SRUC this year. It makes no sense to disregard the evidence and impose a licensing system now. Licensing is also unnecessary given that recorded raptor persecution is at an all-time low, with an increasing number of golden eagles, hen harriers, buzzards and other raptors nesting and breeding successfully on grouse moors.

There is an abundance of wildlife thriving on moorlands due to the careful conservation work carried out year-round by skilled land managers. Much of this work is already subject to agreed codes of practice.

No other sporting or land use sector is subject to state licensing and in one move the Scottish Government would undermine all the progress made in recent years through effective collaboration between landowners, Scottish Natural Heritage and conservation charities. If we want a diversity of species and habitats we must allow moorland managers to look after our upland areas for the benefit of all.

It’s not the first time we’ve heard histrionics about a proposed grouse moor licensing scheme (e.g. see here here and here for more of the same unfounded rhetoric) and it’s not the first time that Tim (Kim) has falsely claimed that raptor persecution “is at an all time low” – in fact the latest wildlife crime report published by the Scottish Government shows that raptor persecution crimes have more than doubled (see here).

Nor is it the first time we’ve heard the claim that any sort of enforced regulation will ‘threaten’ or ‘damage’ the rural economy.

When the Land Reform Bill was being debated the Scottish Landowners Federation (which later re-branded to call itself the Scottish Rural Property & Business Association (SRPBA) and then re-branded again to its current name of Scottish Land & Estates) warned that the legislation would do irreversible damage to rural economies and they threatened to block the legislation at the European Court of Human Rights (see here).

Scottish Land & Estates also bleated about further land reform measures when the Scottish Government proposed removing the two-decades-old exemption from business rates enjoyed by shooting estates. SLE claimed that, “We believe that there would be a negative impact on rural jobs, tourism and land management” (see here).

And then there was more bleating when the Scottish Government brought in vicarious liability to tackle the continued illegal persecution of birds of prey. David Johnstone, the now former Chair of Scottish Land & Estates claimed this would introduce another layer of bureaucracy “When the Government should be doing what it can to help landowners and the rural economy” (see here).

The bottom line is, no other sporting or land use sector has been responsible for the appalling toll on wildlife, and especially on so-called protected birds of prey, and despite years of repeated warnings and hundreds of second chances (e.g. see here), the grouse shooting industry continues to deny responsibility and continues to do as it pleases.

Sure, there are some members of the industry who aren’t ‘at it’ and would have nothing to fear from a licensing scheme if their businesses are lawful and environmentally sustainable, as many claim to be. However, if the Scottish Government does decide to implement a licensing scheme, the grouse shooting industry should be thanking its lucky stars that that’s all it’s getting. The case for banning driven grouse shooting has been made clear and if/when licensing is proved to be ineffective, then the industry need only look to its own embedded criminals to understand who will be responsible for its ultimate demise.