Last month Scottish Greens MSP Mark Ruskell lodged a series of Parliamentary questions about the toxic hazard of lead ammunition and the use of medicated grit on grouse moors (see here).

To the casual, uninformed reader these answers might seem reasonable, informed and adequate. To those of us who know a bit more about these issues, and importantly who bother to read the source documents, some of these answers could be described as disingenuous or just plain old taking the piss. Either that or there are some seriously badly-informed Ministers in the Scottish Government.

Let’s go through each answer and as we do, bear in mind that we’re talking about toxic hazards, one of which (lead ammunition) is already known to cause damage to the environment, to wildlife and to public health and the other (Flubendazole, the active ingredient in medicated grit) has been shown to be extremely toxic to aquatic organisms, and yet the use of both substances still remains virtually unregulated, despite the Scottish Government knowing full well what the toxic legacy could be.

This answer isn’t disingenuous, but it begs the question, if this level of excretion is known from other species, and it is also known that some grouse moors are using a super-strength dose of Flubendazole, up to twenty times the original dose (see here), then why hasn’t the use of medicated grit been under scrutiny before now, especially as Flubendazole has been identified as ‘an emerging environmental contaminant of acute and chronic toxicity’?

Good. This answer isn’t disingenuous either but see above for questions about why this review has taken so long to get started. Let’s hope this review also considers the issue of the disease Cryptosporidiosis, also known as Bulgy Eye, known to be spreading rapidly amongst grouse and other species via communally-used grit trays on grouse moors (see here), even though SNH has proven itself astonishingly indifferent to this threat despite knowing about it for at least three years (see here).

I consider this to be a disingenuous response, or evidence of a Minister who needs to employ more clued-up staff. Mr Fitzpatrick may argue that it’s not disingenuous because he’s unaware of the woefully inadequate level of background testing by the Veterinary Medicines Directorate (VMD) but as he’s the Minister for Health I’d argue it’s his job to make sure he does know. If he doesn’t know then he’s very badly informed.

Mr Fitzpatrick claims that the VMD has been testing red grouse for the presence of anthelmintics such as Flubendazole since 2016 and that the VMD has claimed not to have tested any red grouse samples which exceed the Maximum Residue Levels (thus implying that drug residues are not a problem to be concerned about).

Rather than take the VMD’s word for it (because the VMD has previously proven itself to be undeniably crap at its job – see here), I thought I’d have a look at the number of red grouse that have actually been tested for anthelmintics since 2016 to see how representative the sampling effort has been. The VMD publishes annual databases on the number and type of sampling it has undertaken. Here’s what I found:

So in four years of testing, the VMD has managed to test a grand total of 23 red grouse for residues of the drug Flubendazole. When you consider that an estimated 750,000 red grouse are shot in the UK each year, it’s no wonder the VMD can say with confidence that it hasn’t detected any drug residues above the maximum permitted limit, because it’s hardly tested any samples at all! Joe Fitzpatrick should have checked these source data to put his answer into context because as it currently stands it looks like he’s professing there’s no issue with the drug reaching the human food chain, instead of admitting that there’s inadequate testing going on to reach any such conclusion. 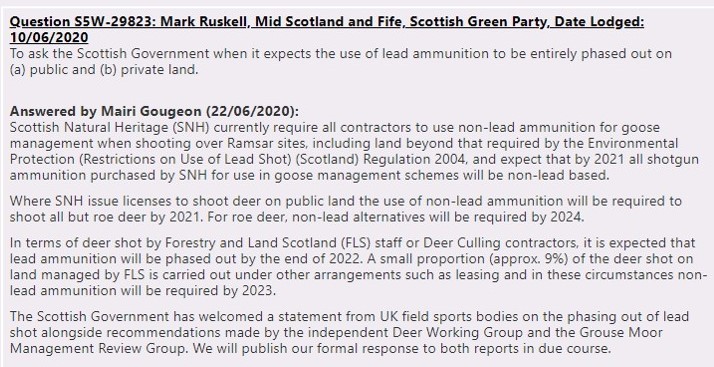 I consider the last paragraph to be a disingenuous response, or evidence of a Minister who needs to employ more clued-up staff. As it reads, it looks as though the shooting industry is moving forward unanimously towards a ‘phasing out’ of lead shot.

However, what this paragraph doesn’t mention is (a) the long-term evidence that the game-shooting industry is incapable of voluntary restraint, particularly on the use of lead ammunition (e.g. see here) and (b) the position of the Scottish Gamekeepers Association, which has quite clearly announced its rejection of the voluntary phasing out of toxic lead ammunition (see here). There’s a (c), too. And that’s the confusing position of another shooting organisation, BASC, who were one of the shooting orgs to promote the voluntary phasing out of lead ammunition as described above, but who then several weeks later decided to fight proposed EU restrictions on the use lead ammunition (see here). See, Mairi? You can’t take them at face value and trust what they tell you.

This is also a disingenuous response, in my opinion, or evidence of a Minister who needs to employ more clued-up staff.

Again, rather than trust what the VMD says, I wanted to look at the actual data myself. How many gamebirds have actually been tested for toxic lead contamination since 2015? Here’s what I found:

So in five years of testing for toxic lead residues in gamebird meat, the VMD has examined 30 x partridge and 31 x pheasant and 0 x red grouse. That’s a total of 61 samples out of a possible 90 million shot partridge and pheasant (conservatively estimated 57 million released each year, multiply by five (years) and divide by 1/3 believed to be shot each year = 90 million shot of 285 million released).

Not very representative sampling, is it Mr Fitzpatrick? Don’t you think you should have put the results in to context so that instead of inferring that toxic lead poisoning isn’t an issue in gamebirds sold for human consumption, it would be clear that testing for toxic lead residues was totally and utterly inadequate given the massive number of gamebirds shot every year?

Isn’t it about time the Scottish Government got its act together on these toxic hazards and on all the other grouse-shooting related issues that it’s been long-grassing since 1998? 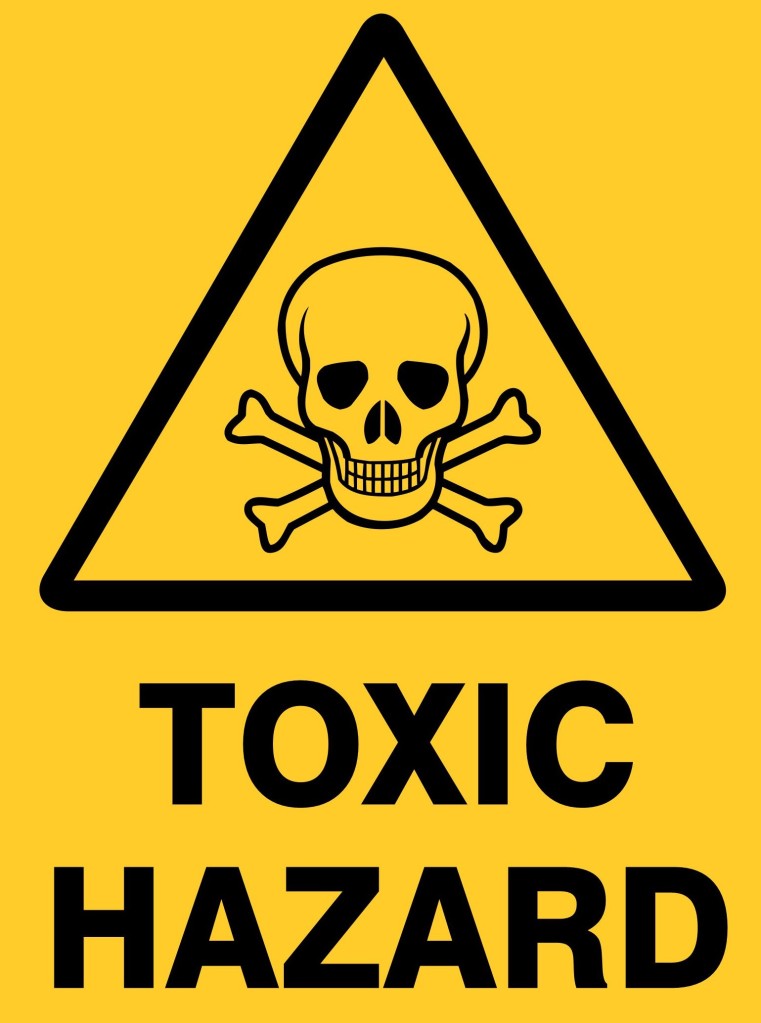