In July an injured red kite was found by a member of the public in woodland near Corby, Northants – she’d been shot and had three shotgun pellets lodged in her body. We blogged about her here.

She was cared for by Simon Dudhill and team at The Raptor Foundation in Cambridgeshire. Simon said at the time:

“I have taken charge of a red kite that has been shot, with three shotgun pellets, in the leg, shoulder and ear. The leg and shoulder pellets are not really an issue governing the birds potential release as they are below joints. The pellet in the ear is lodged in the bony part of the skull and is causing the bird problems with balance. The vet and I both agree the bird could not be released back with the pellet still inside. We have been treating for infection and pain relief and the bird is making steady improvements. It was unable to stand on admission, but is now mobile along the floor to some degree. The vet is looking to operate later this week“.

[Photo by The Raptor Foundation] 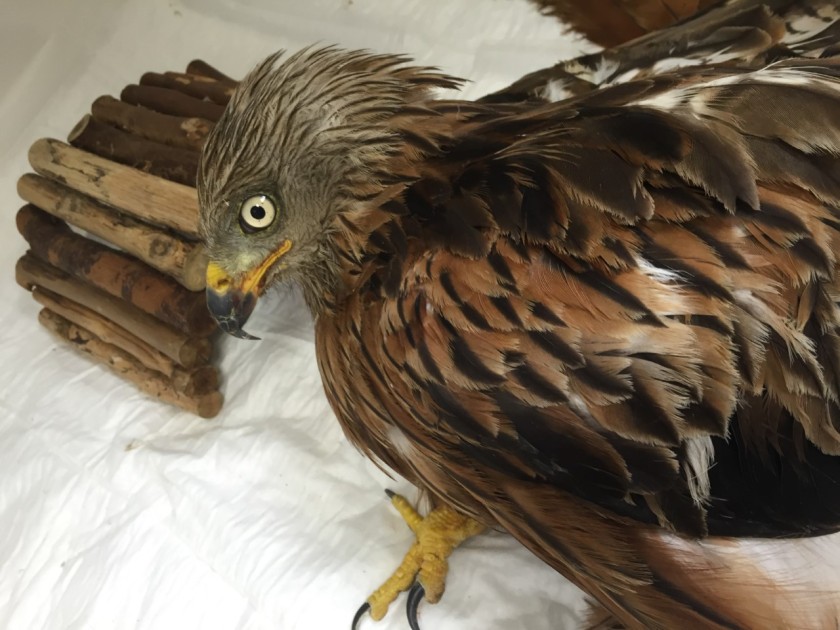 Unfortunately, she didn’t make it.

“Sadly, despite two months of hard work by ourselves and our vets, we had to make the extremely disappointing decision to put her to sleep. None of her balance had returned, she was only able to get about 15 inches off the ground onto a log, and the rest of the time she was dragging her wings and body along the ground. We all felt it was not in the bird’s best interest to keep her in this poor condition, as any further improvement was not expected“.