Last summer, in partnership with Chris Packham, we satellite tagged a shedload of golden eagles in Scotland (see here for project details).

We haven’t blogged much about these eagles since then because they’ve been hanging around in their parents’ territories and those locations need to remain secret.

However, in mid-January 2018, one of those young golden eagles finally decided to leave home and go exploring. He had hatched at a nest site in the Scottish Borders and his parents are the only breeding pair of golden eagles in the region. This nest site has been protected for decades by the landowner and he is fiercely proud of his eagles, so much so that he named this eagle chick Fred after his grandson. The landowner and his gamekeeper joined us last June as we fitted Fred with a state-of-the-art transmitter and we were all excited at the prospect of following Fred’s movements over the coming years, with the hope that he would thrive and help to increase this tiny, vulnerable breeding population in the Borders. 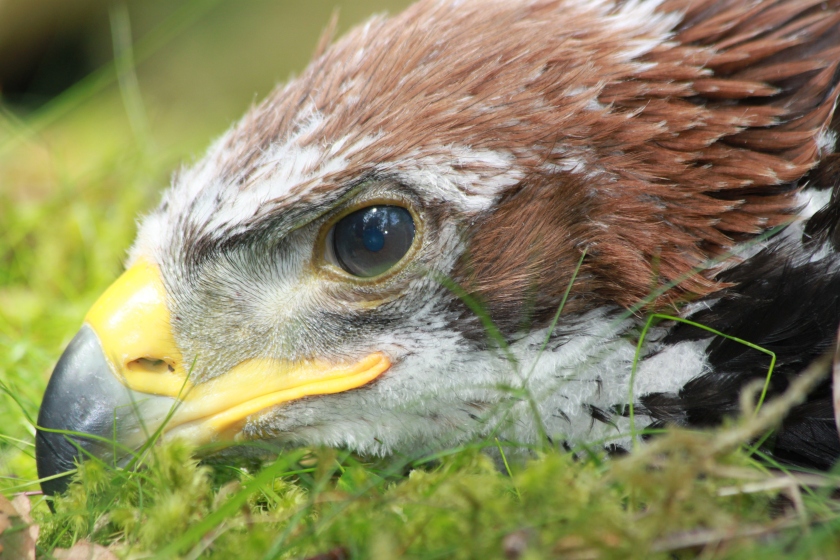 Fred headed to the Pentland Hills and spent a few days ‘woodland hopping’ around the northern edge, at one point just half a kilometre from the City Bypass.

His tag was working perfectly and was providing us with accurate and frequent GPS locations. 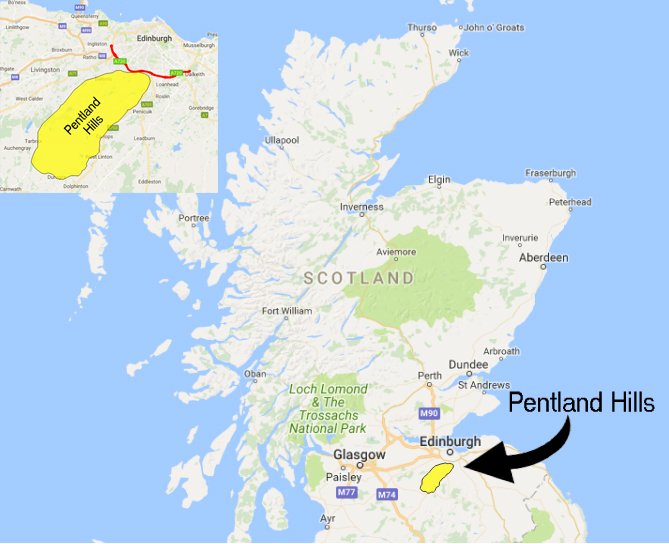 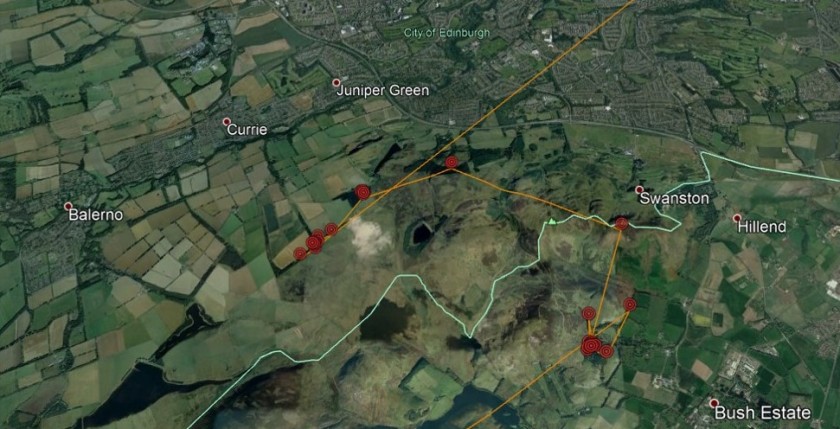 On 20th January, Fred roosted overnight in a shelter belt overlooking a grouse moor (Black Hill) near Balerno. This is a photograph of the roost site. Fred was in the trees at the top left-hand corner of this field.

Fred’s tag continued to record his position there until just before 10am on 21st January, when his tag suddenly and inexplicably stopped. The last signal came from the trees half-way along this shelter belt:

We didn’t receive any new GPS locations from Fred’s tag until three and a half days later when, on the evening of 24 January, Fred’s tag began transmitting again but the GPS location showed it was in the North Sea, some 10 miles offshore from St. Andrews. His tag continued to provide GPS data until 26 January, showing his final position at approximately 15 miles offshore. No further data have been received.

Dr Tingay of RPUK said: “It is beyond doubt that Fred’s disappearance is highly suspicious. Golden eagles don’t generally fly out for miles over large bodies of sea water but even if Fred had done so, apart from defying everything we’ve learned about Scottish golden eagle behaviour, we would have seen excellent tracking data plotting his route given the reliability of his tag.

“While we will probably never know for sure, it seems likely that Fred was killed soon after 10am on 21 January, his tag was hidden to suppress the signal and then he and the tag were dumped in the North Sea. If this is indeed the case, it’s just the latest example of when those who have killed a protected bird of prey have tried to cover up evidence of their crime”.

Chris Packham said: “Once again, we have the suspicious disappearance of a satellite-tagged golden eagle in an area managed for driven grouse shooting. What’s truly shocking about this case is that it didn’t take place in a remote Highland glen miles from anywhere, but it happened within a stone’s throw of Edinburgh, right under the noses of the Scottish Government. What must the good people of Edinburgh think, to learn that golden eagles aren’t even safe on their doorstep? That they’ve been denied the opportunity to see this iconic, magnificent bird in their local hills? This doesn’t bode well for the planned reintroduction of golden eagles to south Scotland, due to begin later this year”.

Over the coming days we’ll be blogging about the implications of Fred’s disappearance for the proposed South Scotland Golden Eagle Reintroduction Project, which was already a controversial issue before Fred’s story even began.

When we launched this golden eagle satellite tagging project at the British Birdfair last year, we said that our project would be different from other satellite-tagging projects in that if any of our tagged eagles ‘disappeared’ in suspicious circumstances, rather than sit on that information for months/years and then only give a vague description of the location where the bird had vanished, we would publish much more detailed information as soon as any police investigation was complete. We’ve fulfilled this promise and we’ve also made a video which includes an exclusive interview with Environment Cabinet Secretary Roseanna Cunningham. You can watch it here:

We are immensely grateful to Roseanna Cunningham for granting us an audience despite her incredibly busy schedule. We are also grateful to Police Wildlife Crime Officer Andy Loughlin and the RSPB Scotland Investigations for their quick and diligent response to our concerns.

If anyone has any information about Fred’s disappearance, please contact Police Scotland on 101.

“We understand that the bird’s disappearance is not being investigated as a crime.

We need to learn the full facts prior to establishing any conclusions but it should be noted that the location where the eagle disappeared is not an area of intensive grouse shooting“. We’ll be blogging about this quote soon.

The Times here (behind a paywall)